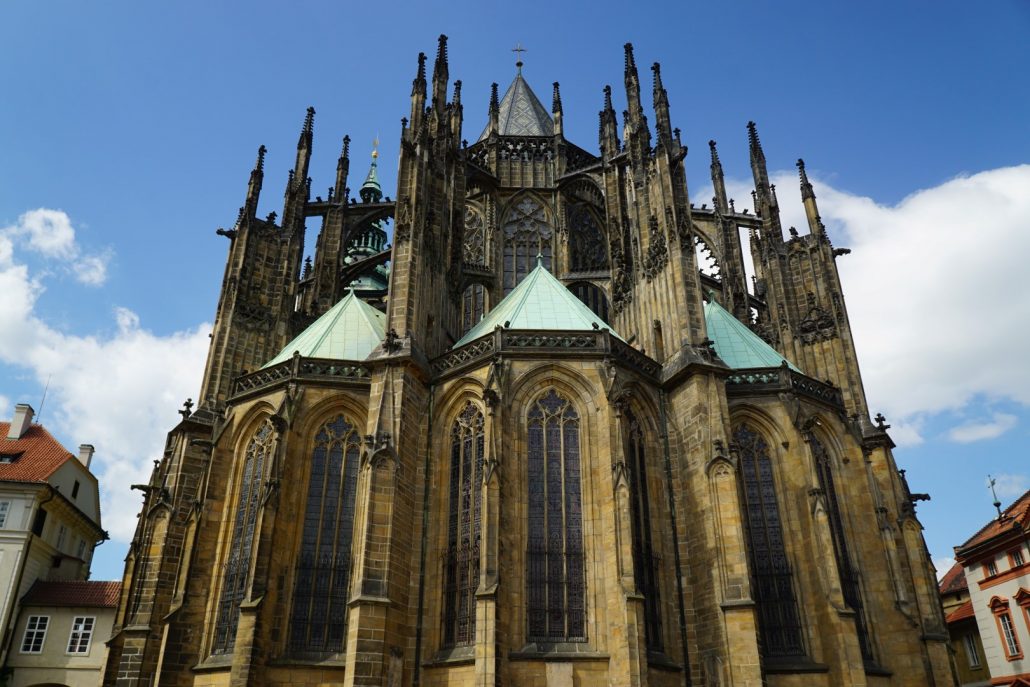 When we checked into our airbnb, our ‘host’ said, “You’re here a whole week, huh? That’s a long time. Most people just stay for a night or two.” Well, we are not your typical travelers, and it was actually the perfect place to get a little R&R from our adventuring. We all started coming down with a cold the day before we left Vienna. So, we were feeling a little under the weather and pretty tired when we arrived.

Vienna and Prague are not terribly far apart, so we took a bus to get there. It was about a 4 hour drive and the kids did really well. Through our long distance train rides and this (and other) bus rides, I’ve realized that there’s actually a lot of open land in Europe. Once you get outside the city (and Europe has a lot of big cities), there are some nice, empty rolling hills and some small towns here and there.

We were a little disappointed to be reminded that our airbnb apartment here had no air conditioning. It was an unusually warm week in Prague, and we are frequently back at our apartment during the heat of the day for nap time. We got settled in and went exploring around the neighborhood. There was a nice grocery store just a few blocks away and several restaurants that we were excited to try. One evening Chris went out to get some Chinese food from a Chinese restaurant we had spotted on our walk. Strangely, he walked in and tried to communicate with them that he wanted to order food to go, but despite the fact that the restaurant was obviously open (people sitting inside eating) they shook their heads no. They wouldn’t let him order food. And this wasn’t like a fancy sit down only place, it was your run-of-the-mill, hole-in-the-wall looking Chinese place. We settled for Indian food instead.

We had a relaxing morning at a nearby park which had some really fun looking playground equipment. This park must have been close to a community of ex-pats because there was a large preschool group at the playground that all spoke English and several moms with their kids that were obviously American. It was refreshing to be able to understand what the people around me were saying. After our morning at the park, we set out to go see the Prague Castle up close.

The picture below shows ‘Prague Castle’.  It’s not a castle how you traditionally imagine a castle. The big cathedral is at the center of the castle, which is surrounded by a large complex of houses, great halls, medieval buildings, and churches. 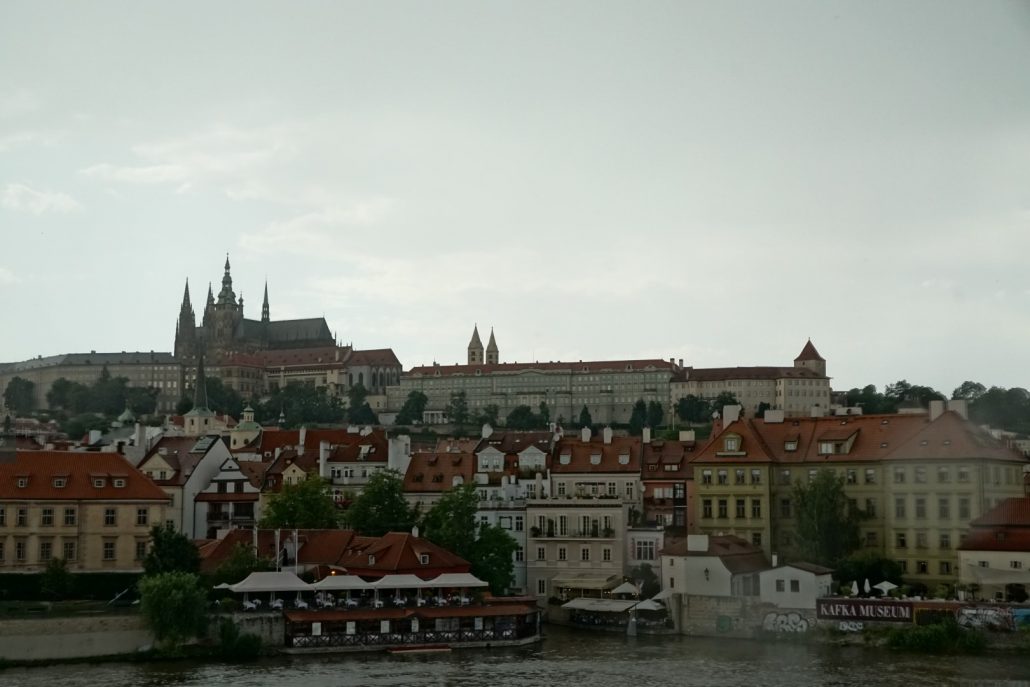 As you walk up to the entrance of Prague Castle there is this really great view of the cathedral. We even saw some people taking wedding photos here. 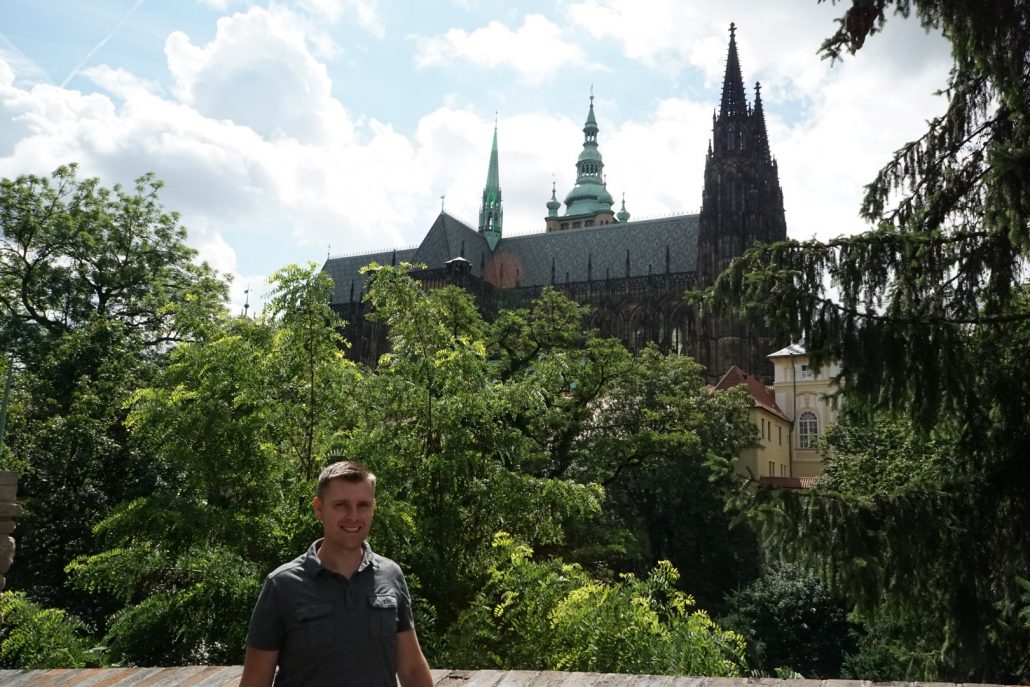 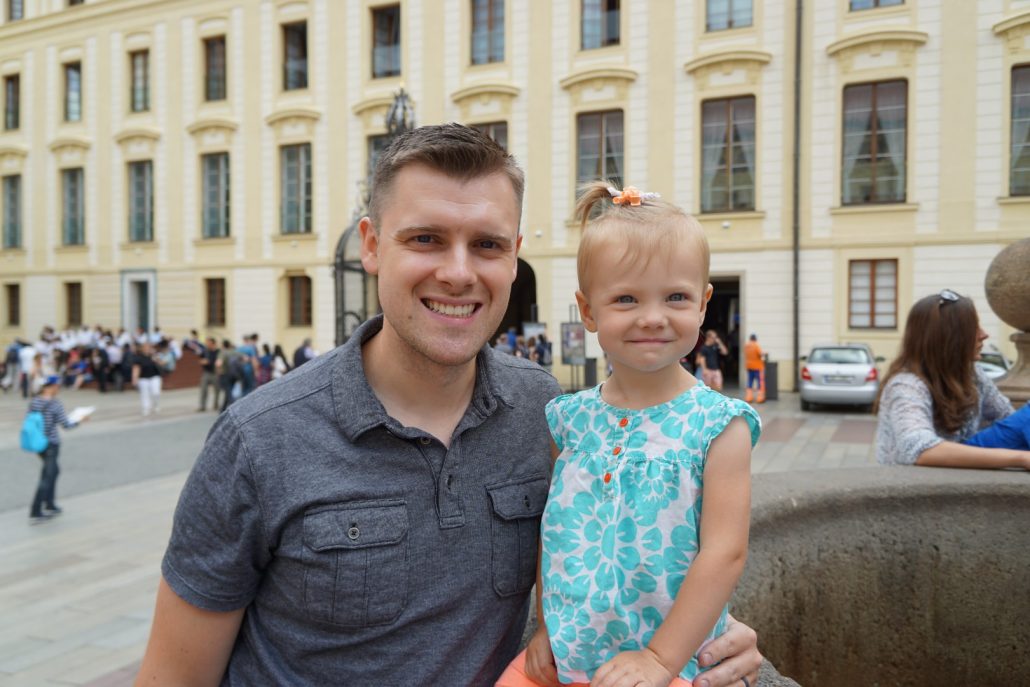 Charlotte is such a poser!

This is St. Vitus Cathedral at Prague Castle. It has tons of beautiful stained glass windows inside. 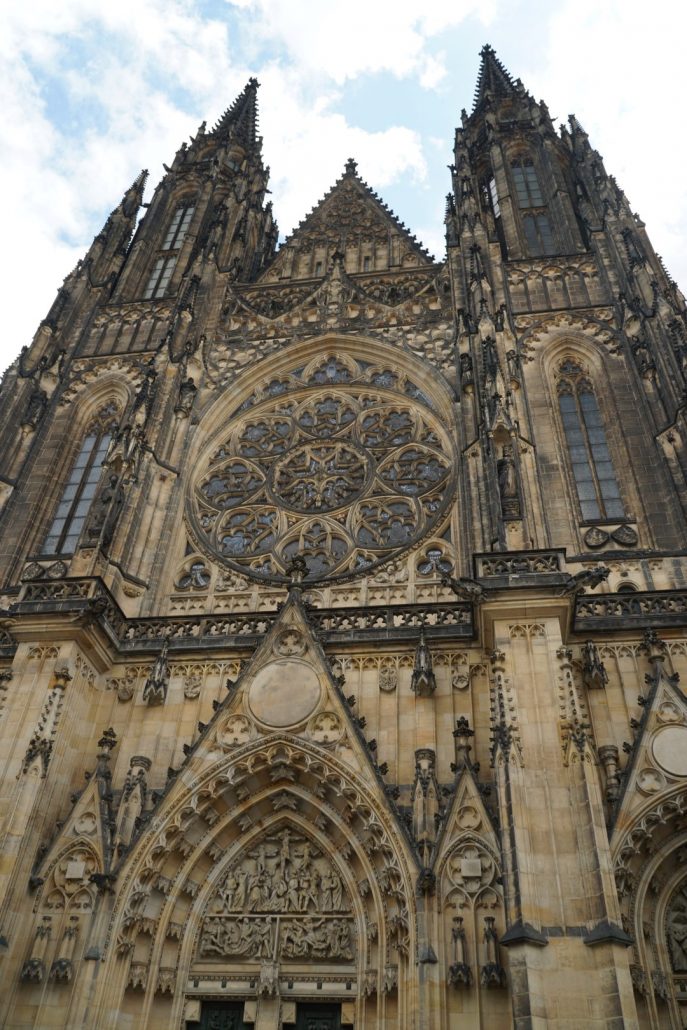 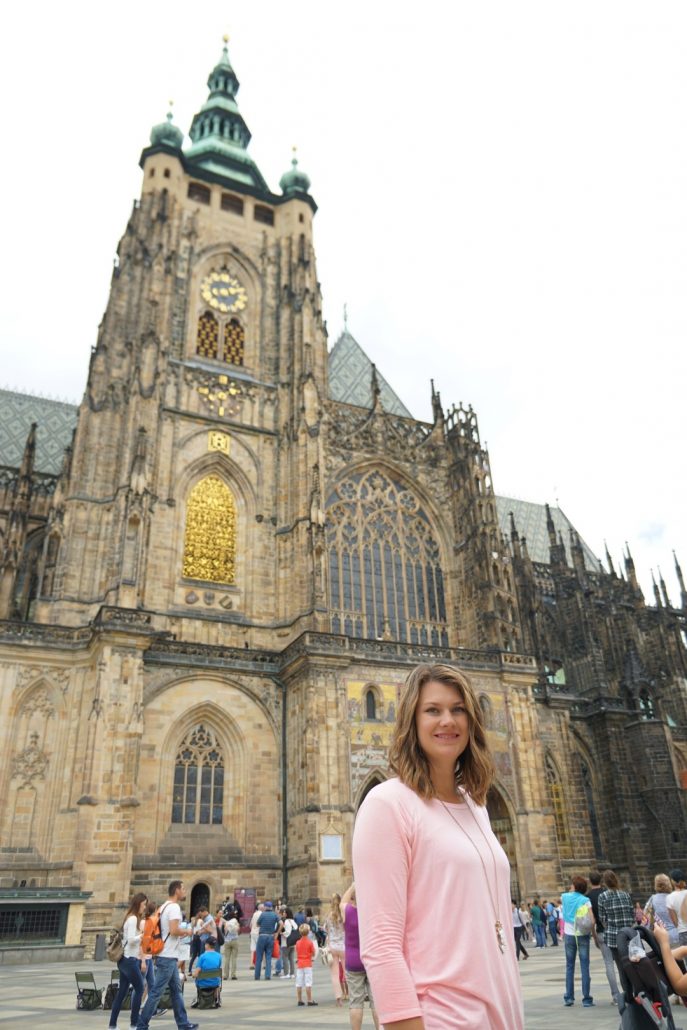 We took a quick tour of the Old Royal Palace. There wasn’t a ton to see unless you had a guided tour, except there was a balcony that had a great view of Prague. 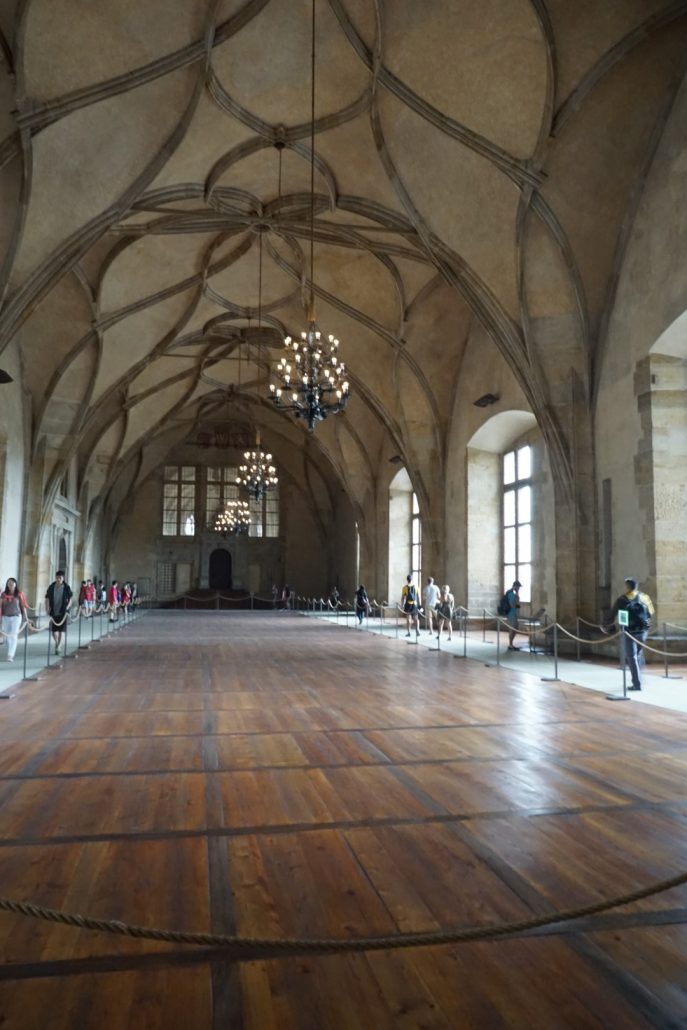 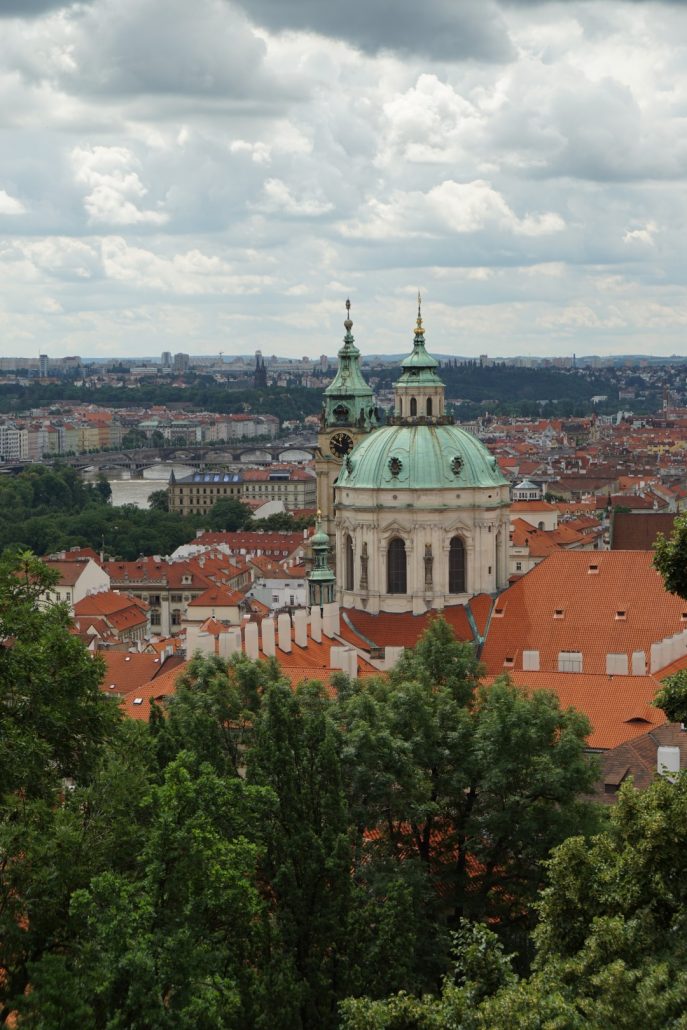 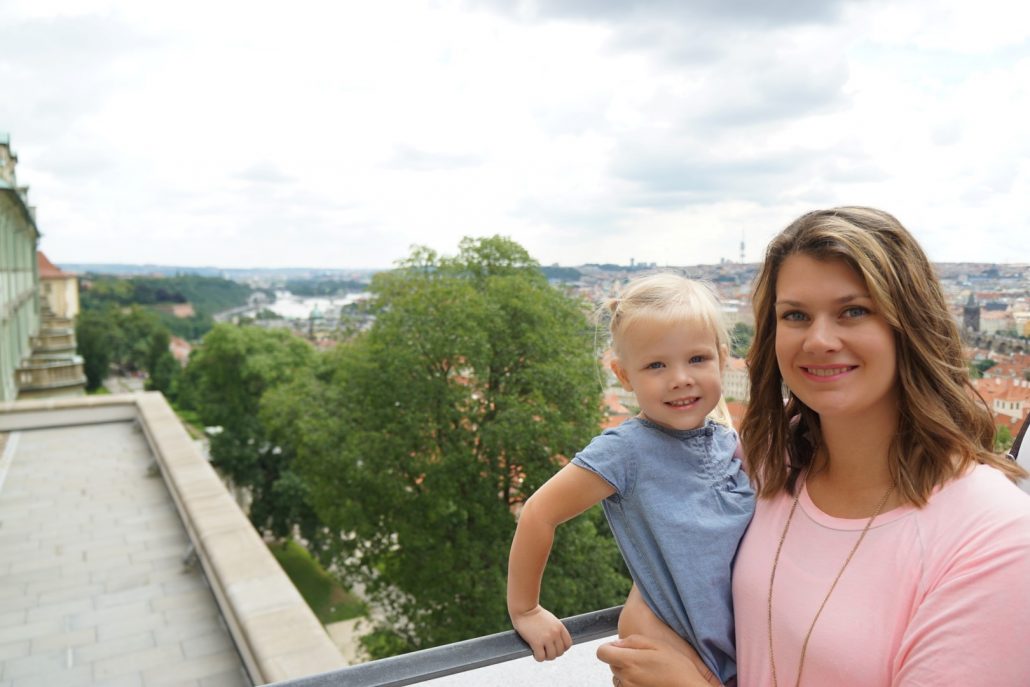 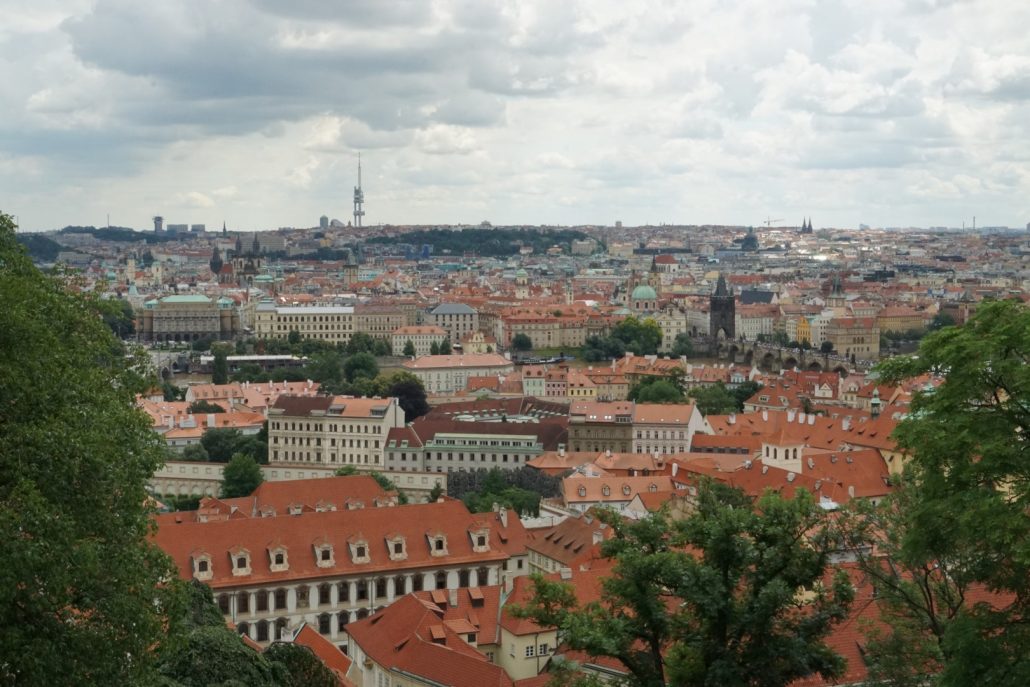 This is the interior of St. George’s Basilica. In our travels all over Europe I found that St. George is the patron saint of A LOT of cities and cathedrals throughout Europe. He is a very popular saint. 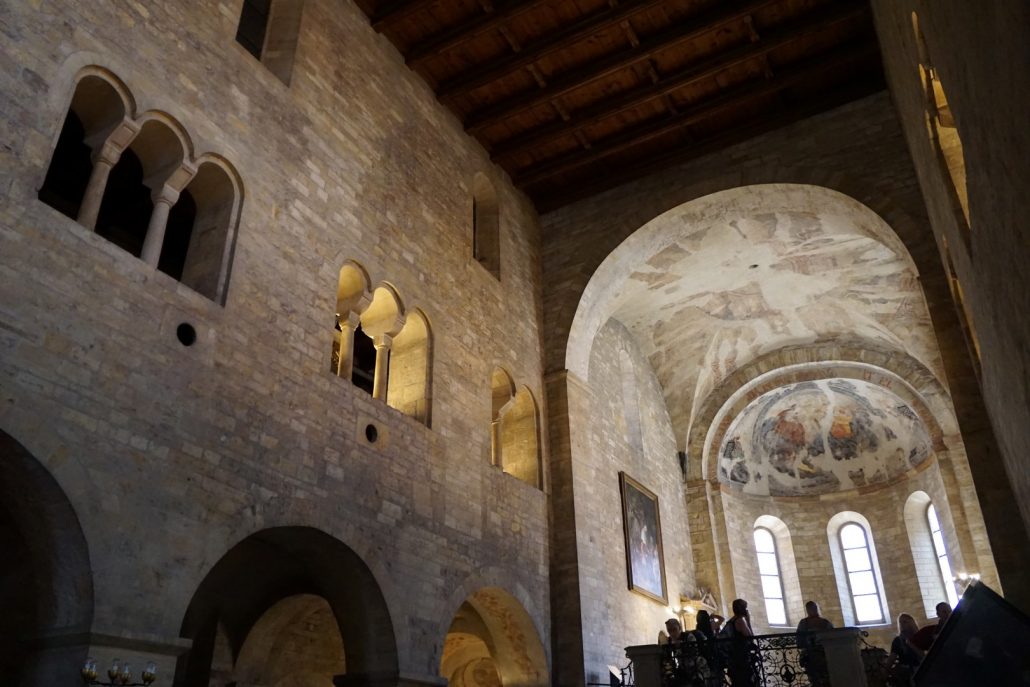 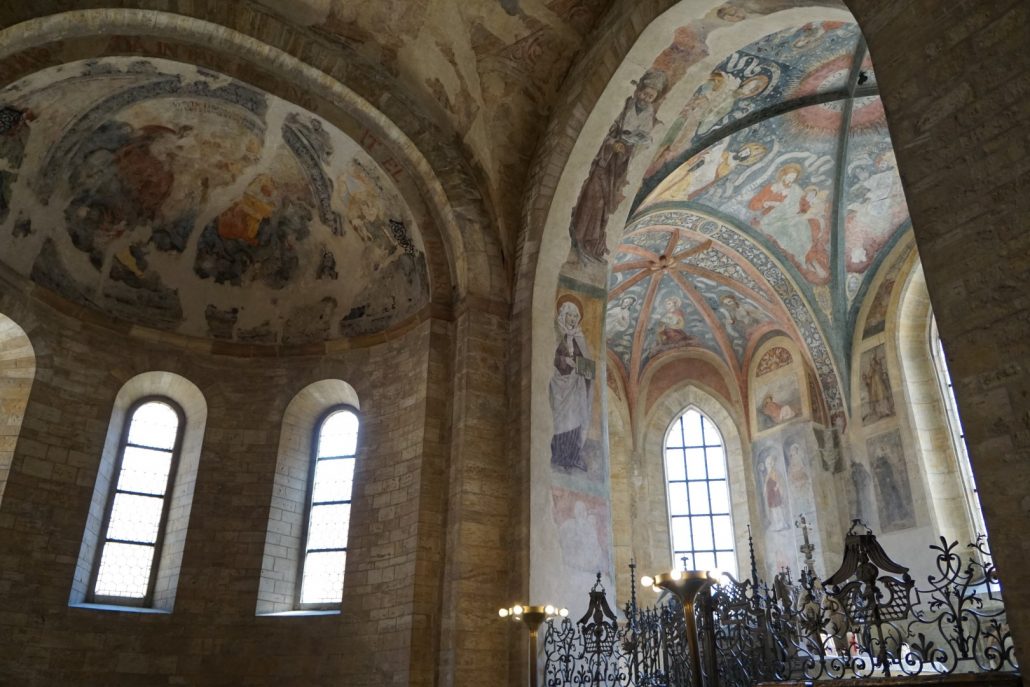 We took a walk down Golden Lane. It’s a street within Prague Castle and is crammed with tourists. There are some gift shops, small museums, and exhibits in the houses. The houses were too small to drag the stroller into, so Chris went to check out the armory museum, and I peeked inside some of the house exhibits and tried my best to stay out of the way of the other tourists. I couldn’t believe how many people came wandering down this small lane. 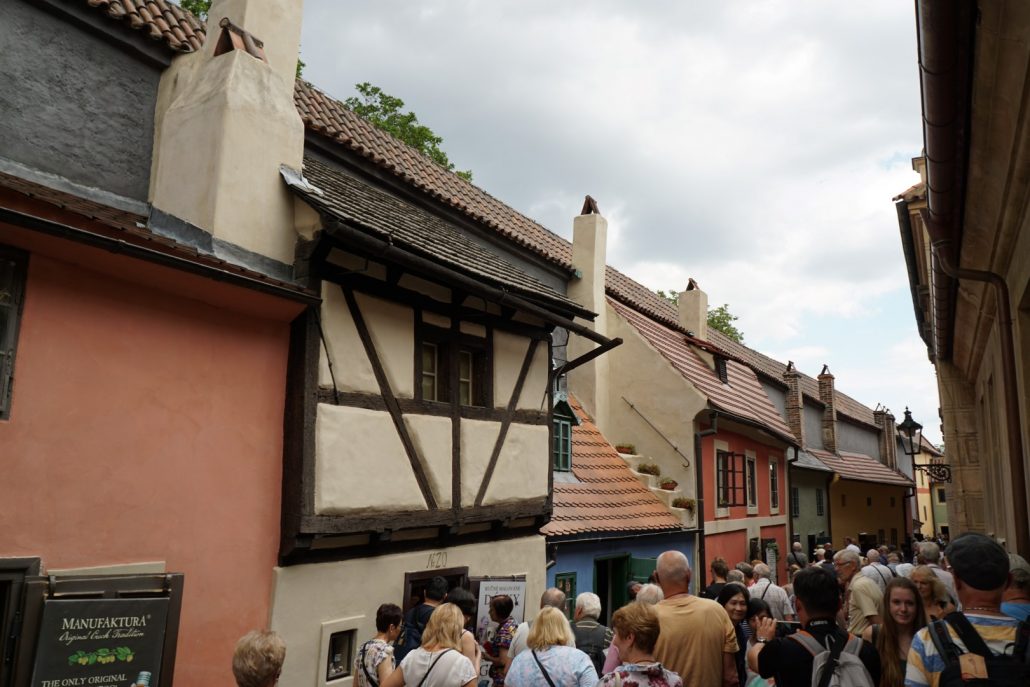 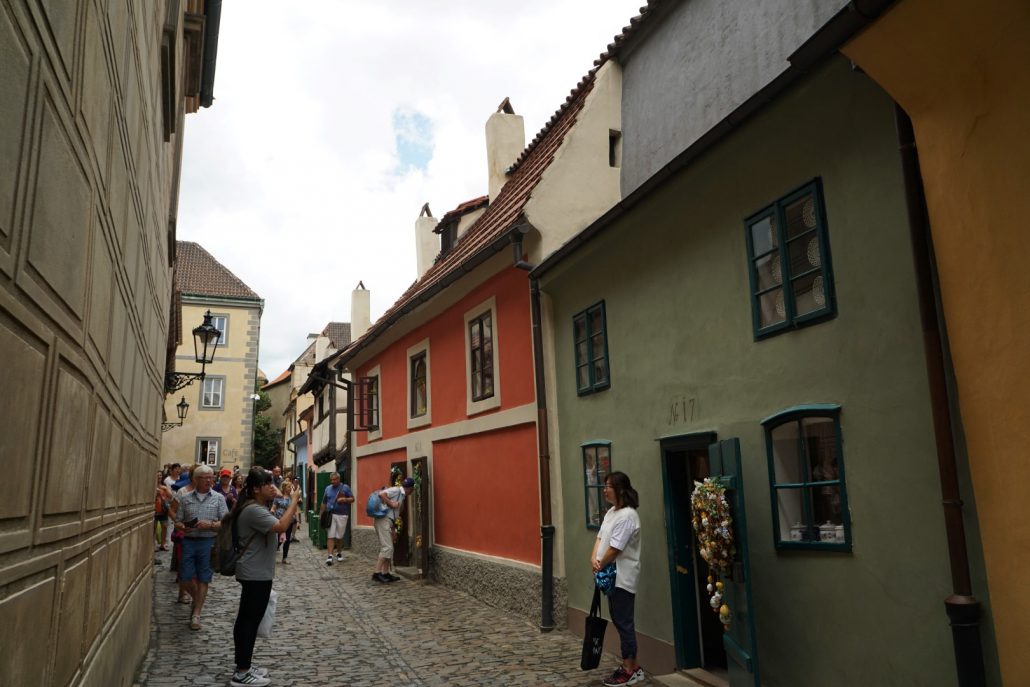