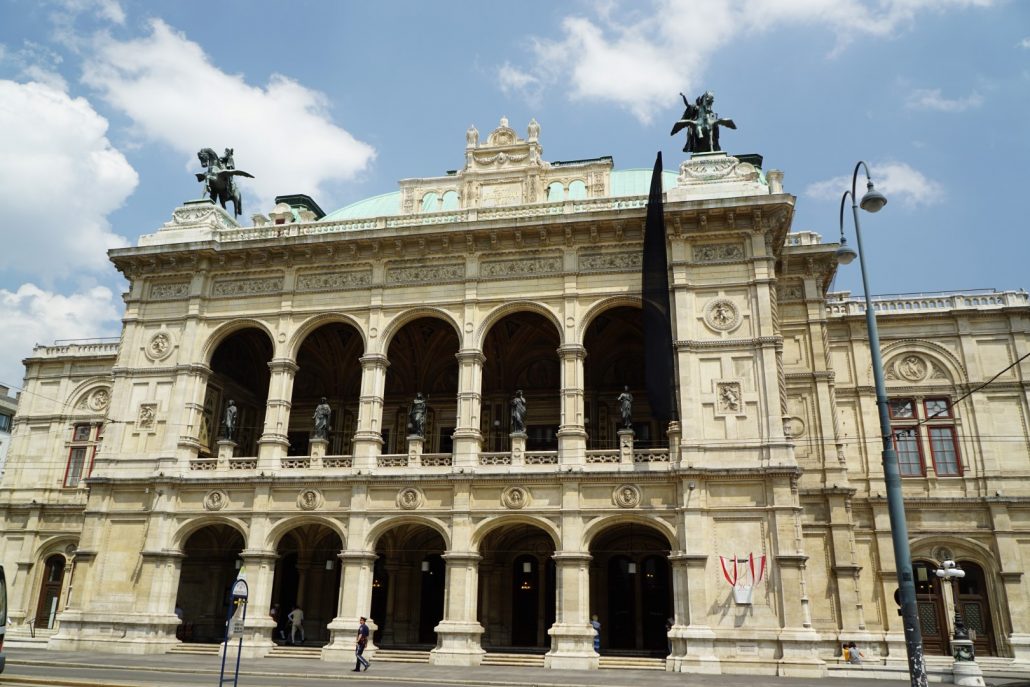 Whoooosh!! Off to Vienna! We were excited to explore a new city.

Burned out? Not yet.

It was nice and cool in Vienna when we arrived (cool is what 80 degrees feels like after 100+ degrees), and we thoroughly enjoyed it. On our first evening, we discovered that there weren’t a whole ton of food options near our apartment, but there was a waffle house!  Breakfast for dinner is my favorite. They had quite a variety of toppings and combinations to put on the waffles, which was impressive, but what wasn’t impressive was the fact that they had one waffle maker. That’s right. One. How does a waffle place stay in business with one waffle maker? Now, it was a small place, maybe like 5 or 6 tables, but as you can imagine, it took a long time for our whole table to get their waffles when you get them one at a time and we all ordered a double stack of waffles. Kinda seems like it would be worth the investment to buy a second waffle maker…. but I was willing to overlook this, and we came back again a couple days later. Who can resist a waffle?

My sister Courtney only had a few days in Vienna before she was off, back to America. So, we tried to make the most of those few days. First on our list was a tour of The Vienna State Opera. The Opera House feels like the heart of Vienna. It’s on the Ringstrasse, which is the main street that circles downtown Vienna. 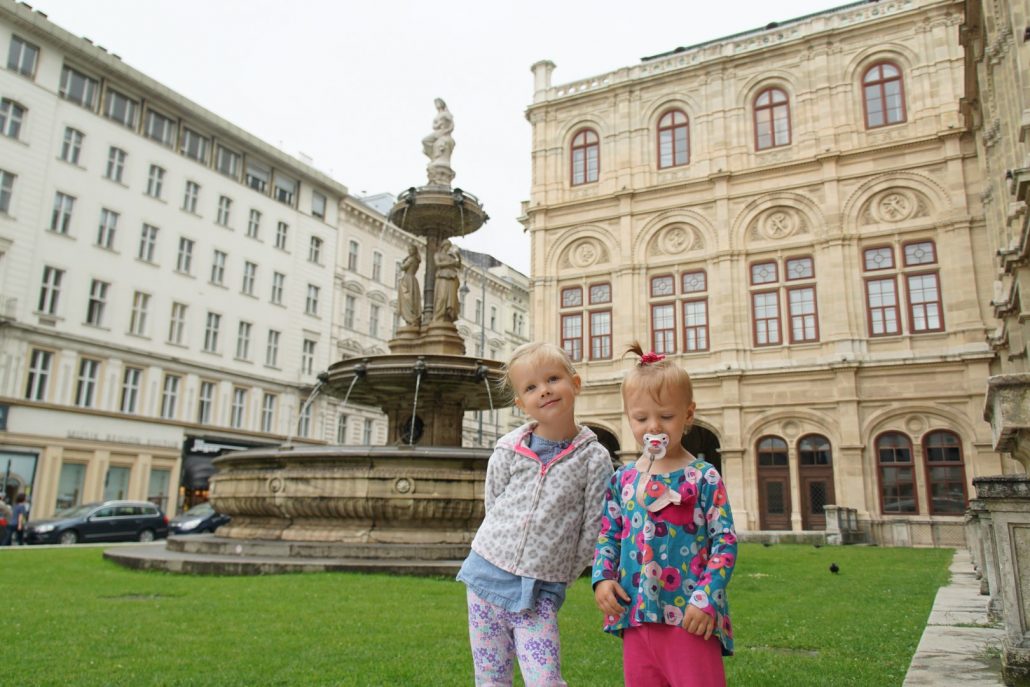 Charlotte cracks me up sometimes. We pull out the camera and she immediately starts posing. I have no idea where she gets the ideas for these poses, but she’s adorable. 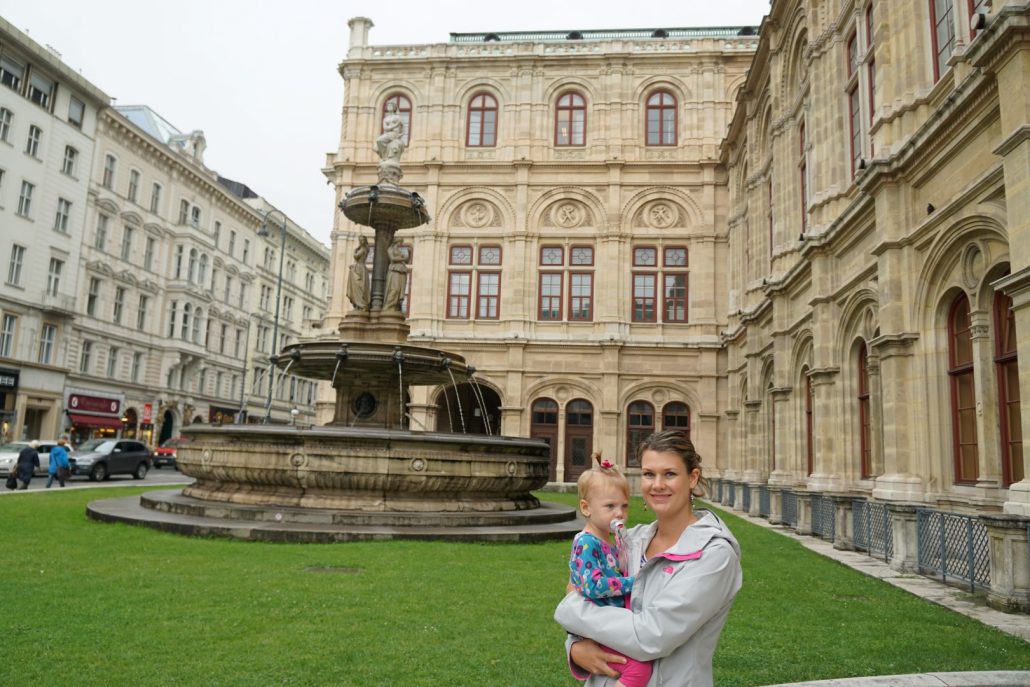 I went inside to buy our tickets for the tour, and the girls stayed outside with Chris. Any time we’re around large groups of Asian tourists and Charlotte and Lucy start posing this happens (see below). I think it’s so adorable the way that Charlotte loves posing for pictures, and Lucy doesn’t like it at all, so Charlotte puts her arm around Lucy to protect her. 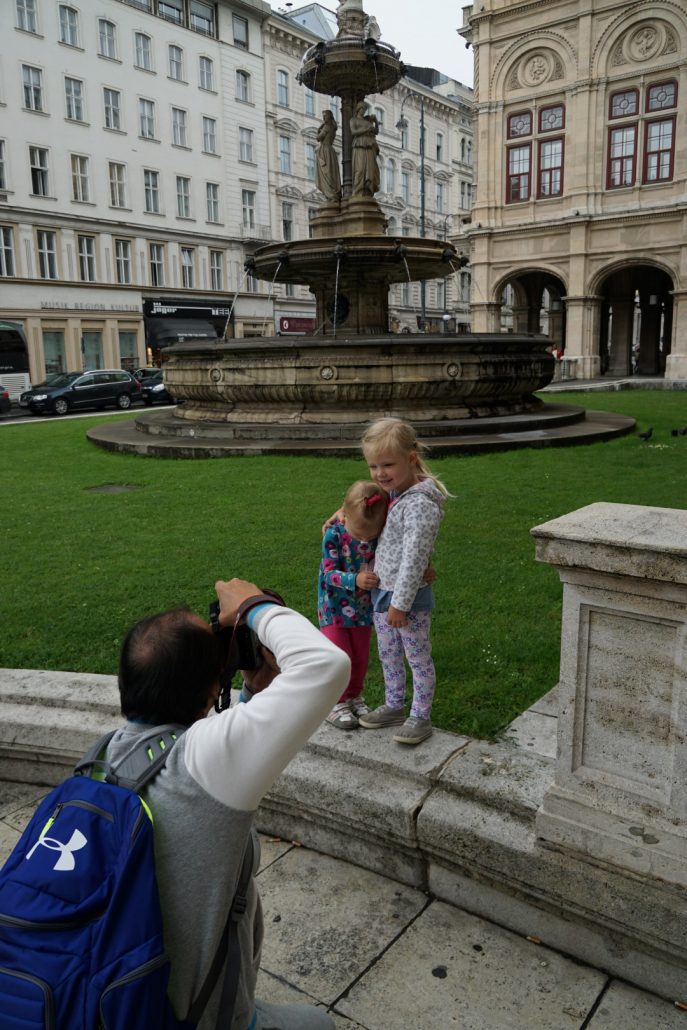 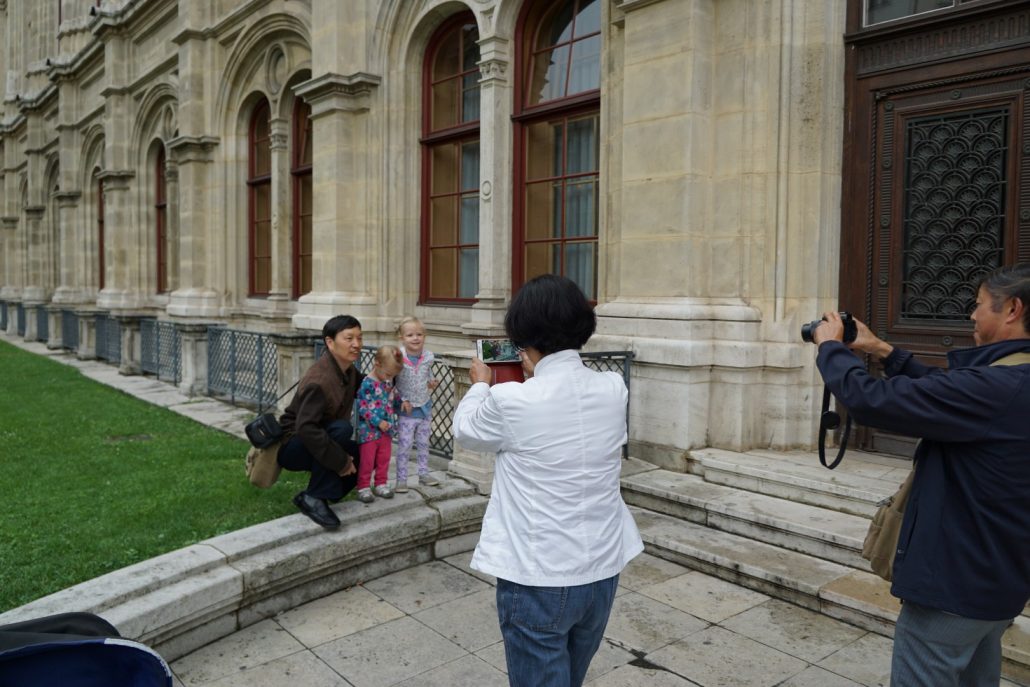 The Vienna State Opera is beautiful! I love that they really make the opera experience available to anyone who wants to experience it. They sell a wide range of tickets, from fancy box seats ($250+), to standing room only ($4), and they even broadcast some of the operas live on a screen outside the theater, where anyone can watch it. If there’s a will, there’s a way. You don’t have to leave town without seeing an Opera, no matter your budget. I think it’s fantastic.

Another amazing fact about the Opera House: they often have a different opera every night of the week. Can you imagine changing the set, costumes, etc. every single day of the week?! It’s crazy. They must be constantly busy.

I wasn’t entirely sure what I was getting into when we showed up and bought our tickets for the Imperial Crypt.

I spent months and months planning this trip. The first 6-8 weeks of our trip was planned in great detail (hindsight: a little overkill). Then I started running out of time to plan everything and the following 4 weeks had only a rough outline for our daily activities. Then by the time I was finally planning the last 3 weeks…. we were already on our trip so each night became a planning party for the next day’s activities. So this is the point in our trip where I sometimes only had a vague memory of reading about or researching our planned activity.

The Imperial Crypt is where the Hapsburg royalty are buried (laid to rest? While it is below ground level, no one is actually in the ground). It was actually smaller than I thought it would be, and the sculptures were a lot bigger and more elaborate than I expected. They gave us a map to help us locate the most famous royalty. Sadly, I think I only recognized one or two names. But, this experience piqued my interest in learning more about European history. (Spoiler alert — our time in Germany really inspired me to delve into the history books. There’s just so much to learn all the way from castles to WWII.) 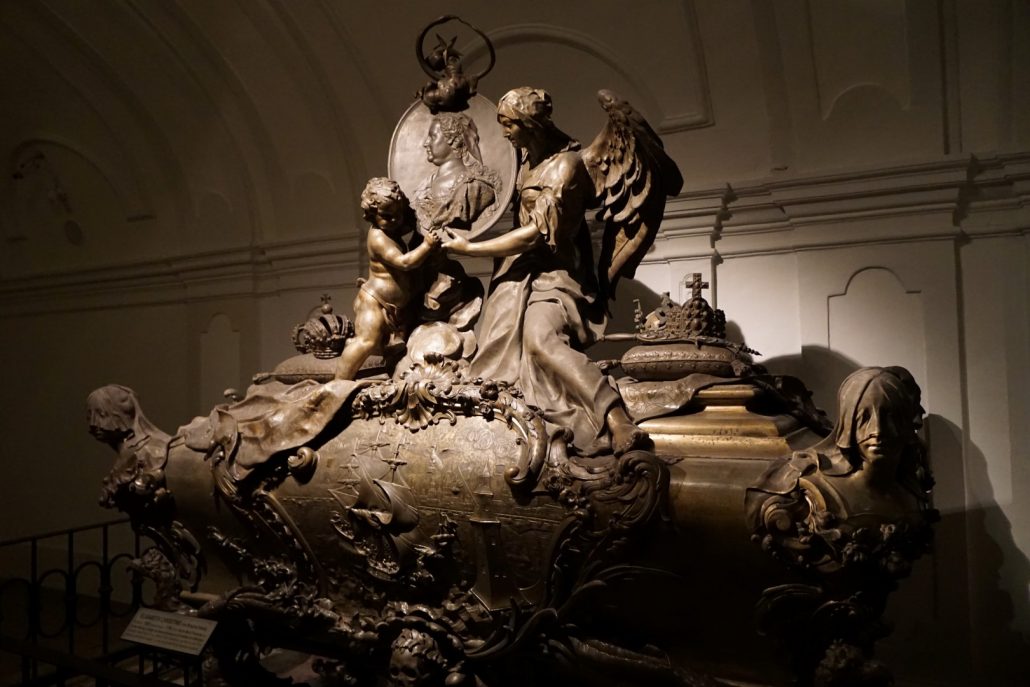 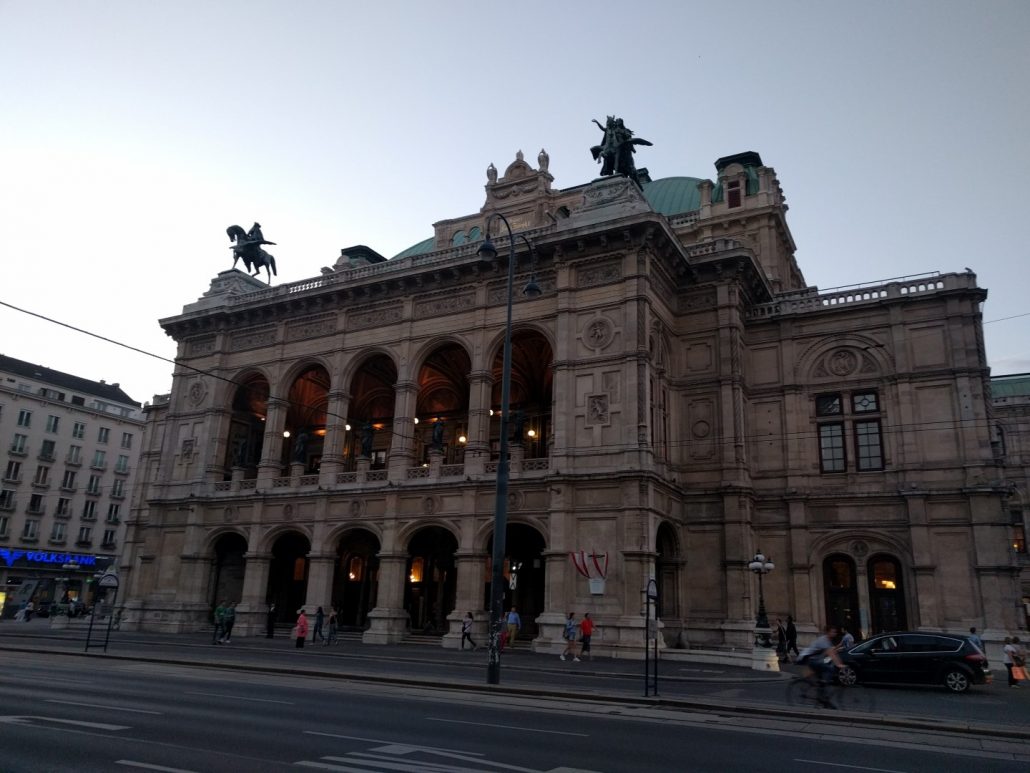