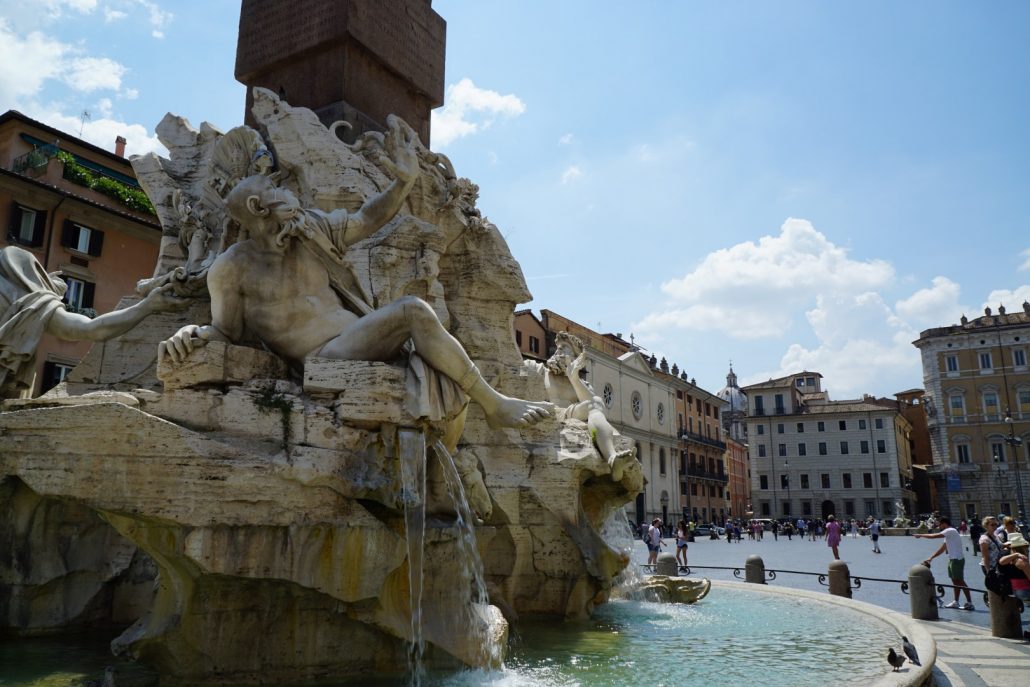 We went on a lovely walking tour of Rome today as part of our “taking it easy” day. Our first stop was Piazza Navono. I was surprised to learn that hundreds of years ago they would flood the piazza on Saturdays and Sundays. It’s hard to imagine how that was done and what it would look like. Sounds fun though! Charlotte has turned into quite the picture poser. 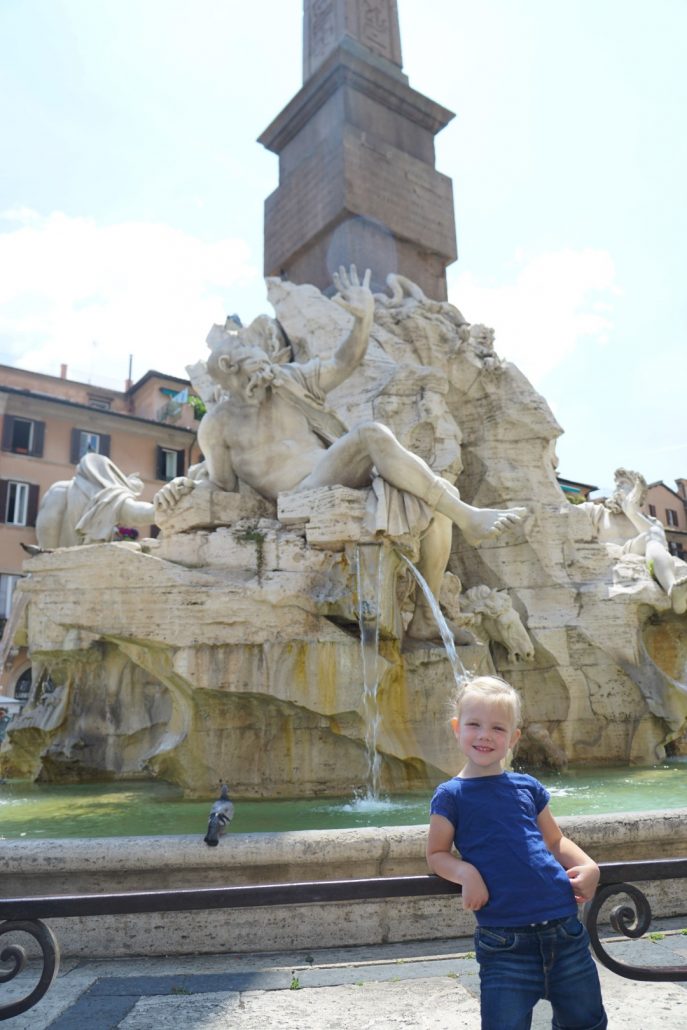 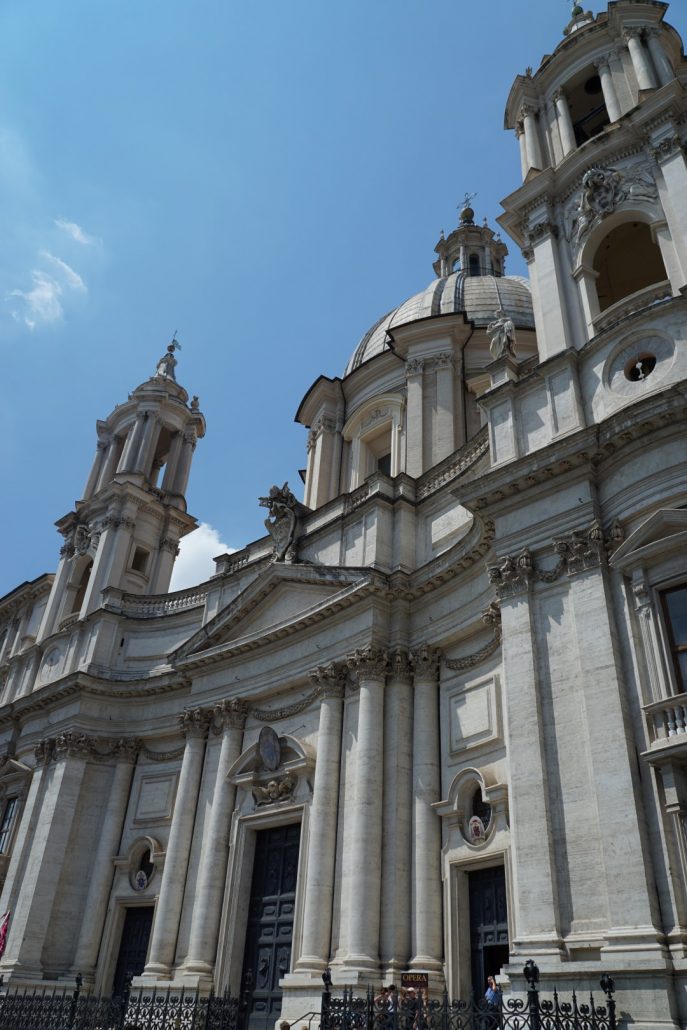 If you’ve spoken to Chris about our Europe trip, it’s pretty obvious that I planned the whole trip and that Chris is not a geography expert. And it’s really easy to get the PANtheon and the PARthenon mixed up because a) their names are very similar and b) they are both old. I constantly gave Chris pop quizzes about it. Any time there was a reference to either one I would make him tell me which one was which. After 3 months, I think he’s got it. So here we are at the PANtheon! 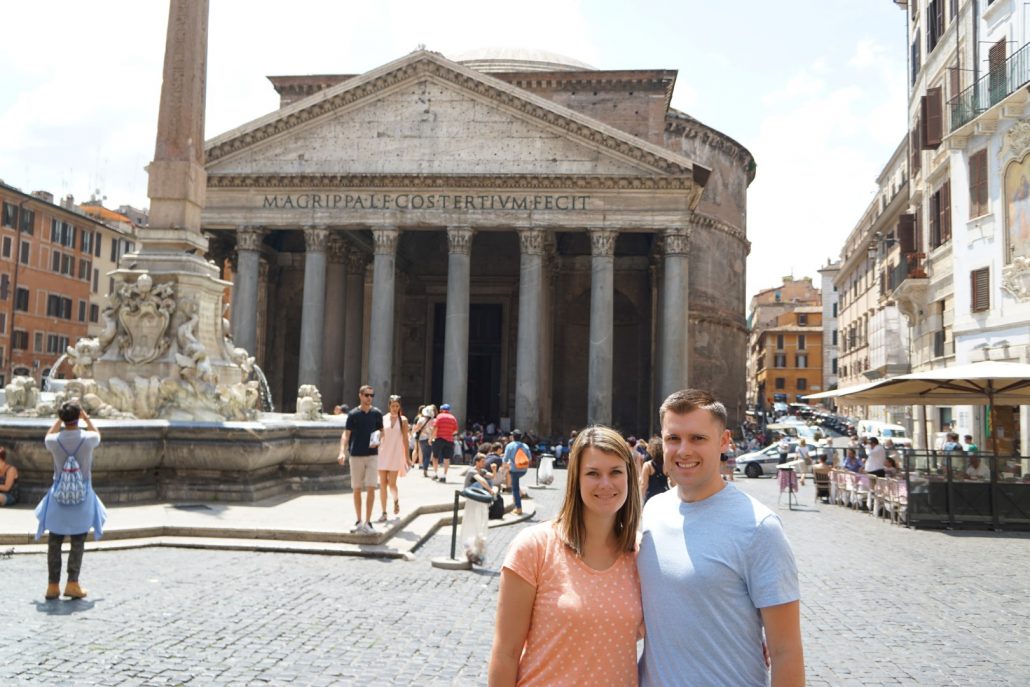 In the center of the roof is this really cool oculus. There is no glass or covering, it opens up to the sky and the sunlight shines down into the building. It’s beautiful. 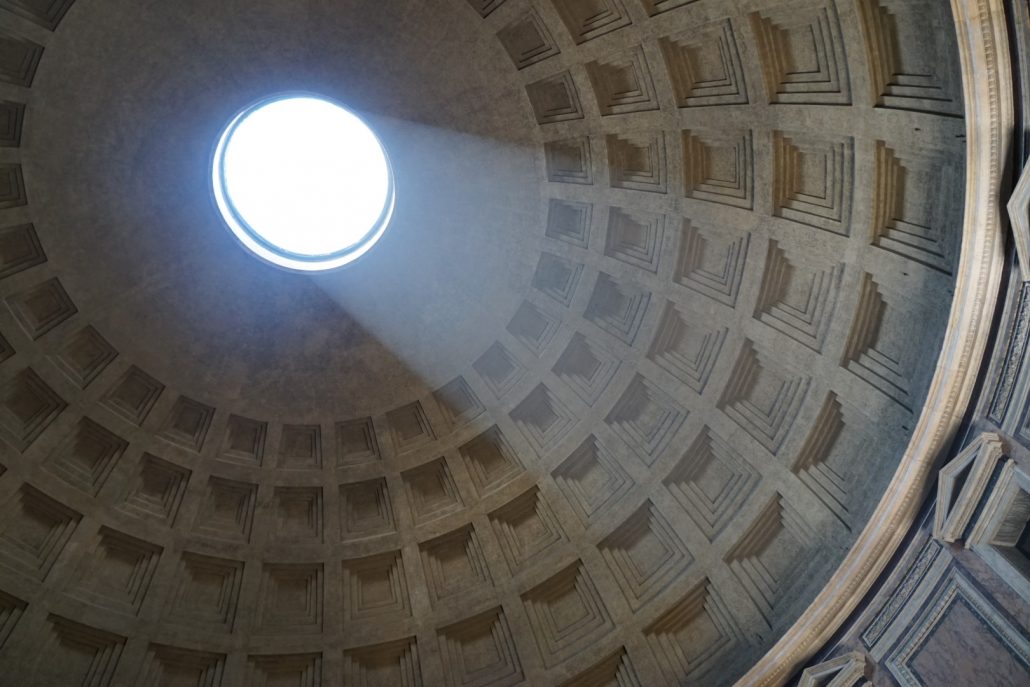 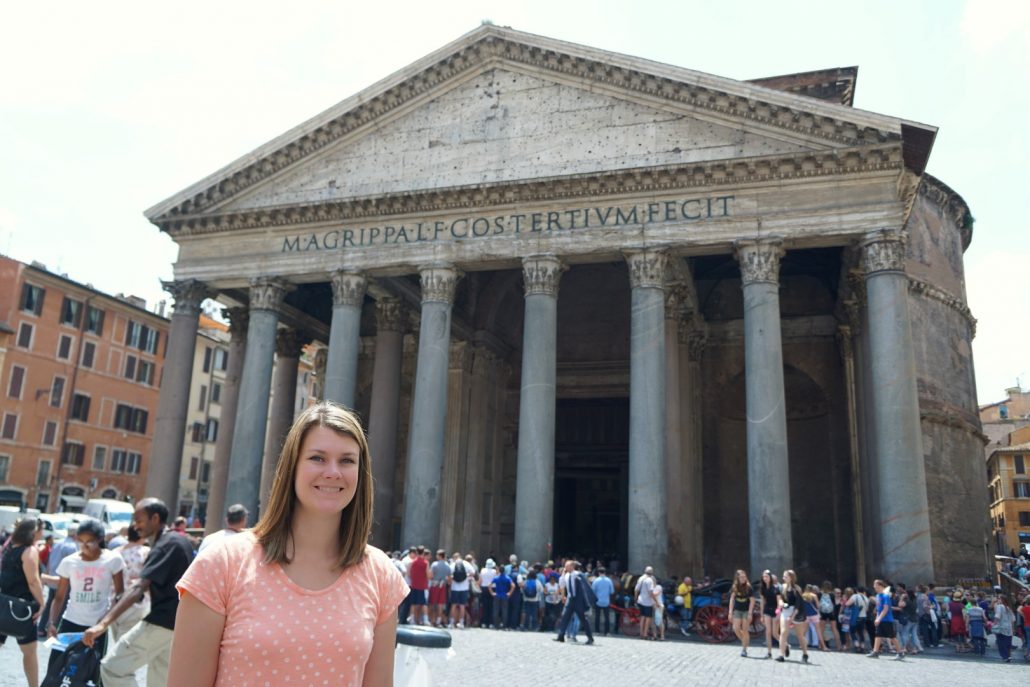 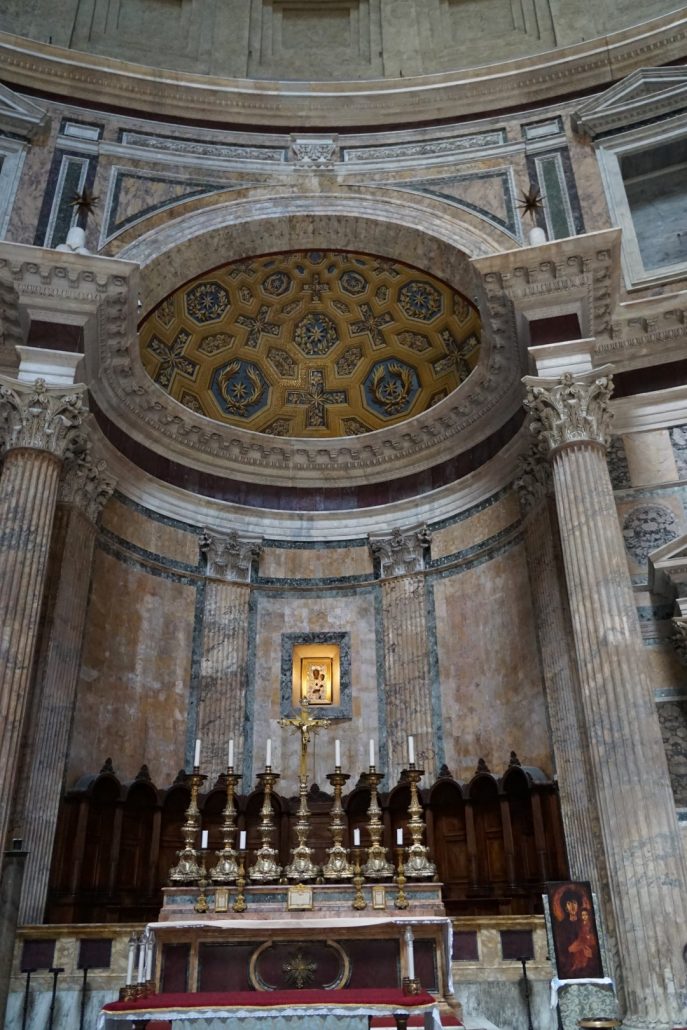 Another huge thank you to Chris for constantly pushing the stroller. Uphill, downhill, onto the bus, and loaded on the train, he does it all without complaint. 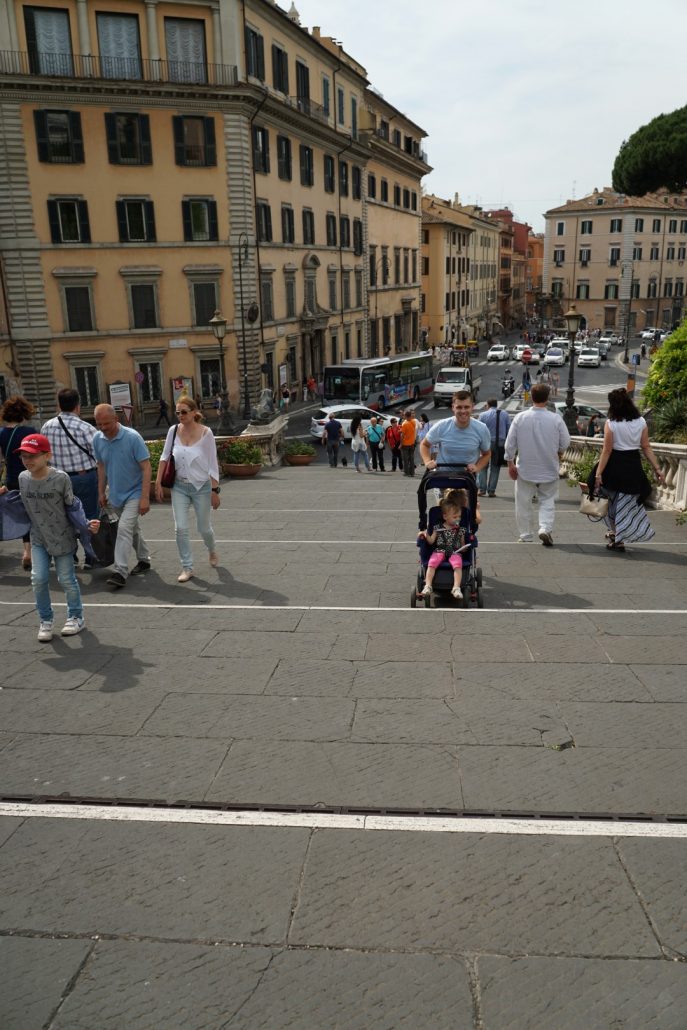 In the evening we made it to the Capitoline Museum. It’s another art museum (Rome is full of those) and the kids were being especially troublesome, so after an hour Chris took the girls outside to play in the plaza while me and my sister finished the last wing of the museum. 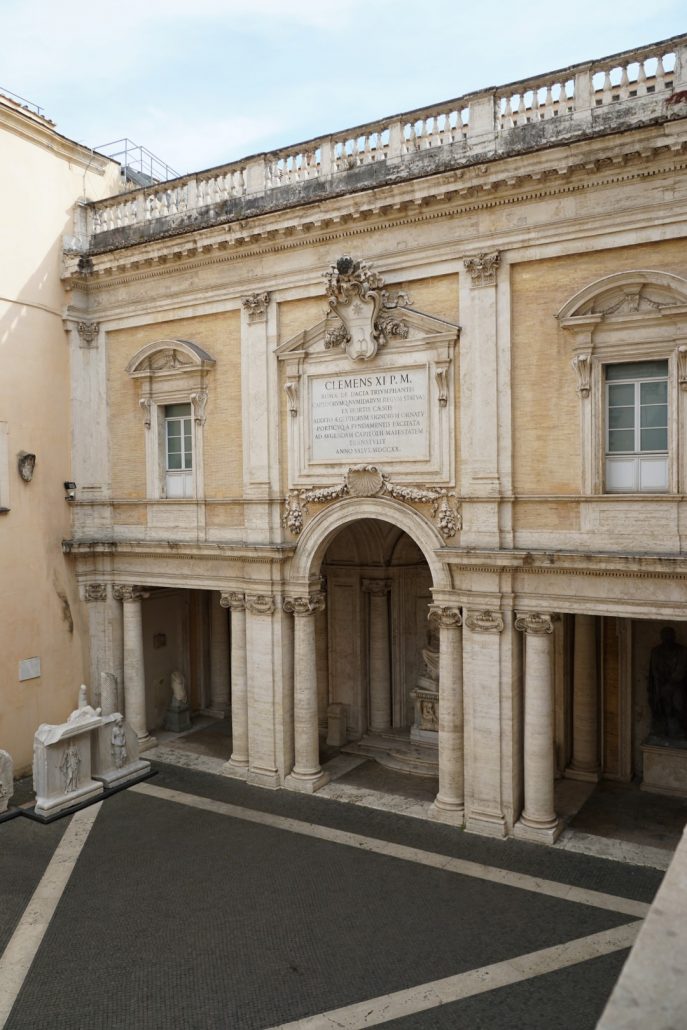 From the museum, they had an awesome view of the Forum. 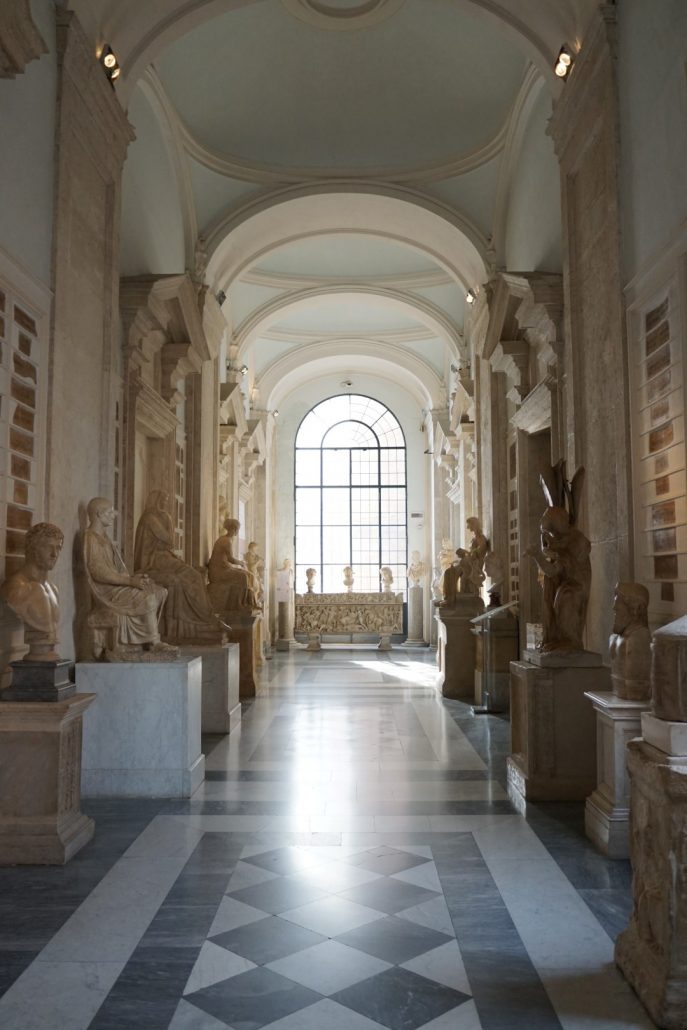 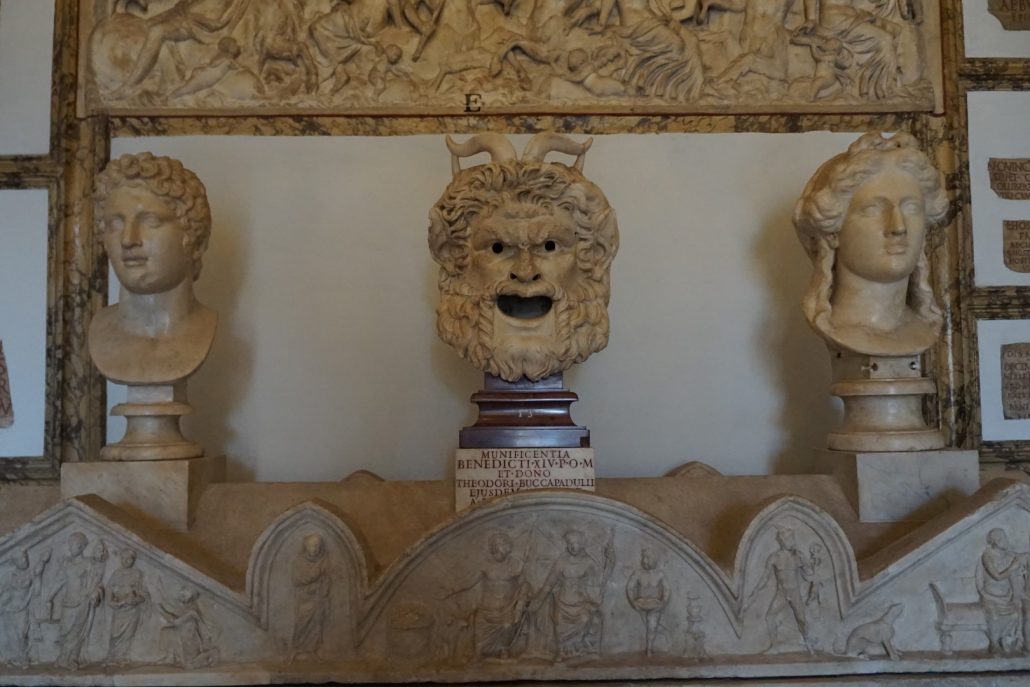 Through my art history classes, I have seen and studied Dying Gaul several times. As soon as I saw the statue, I recognized it immediately. As I walked around the statue and studied it from several angles, I suddenly noticed this….. 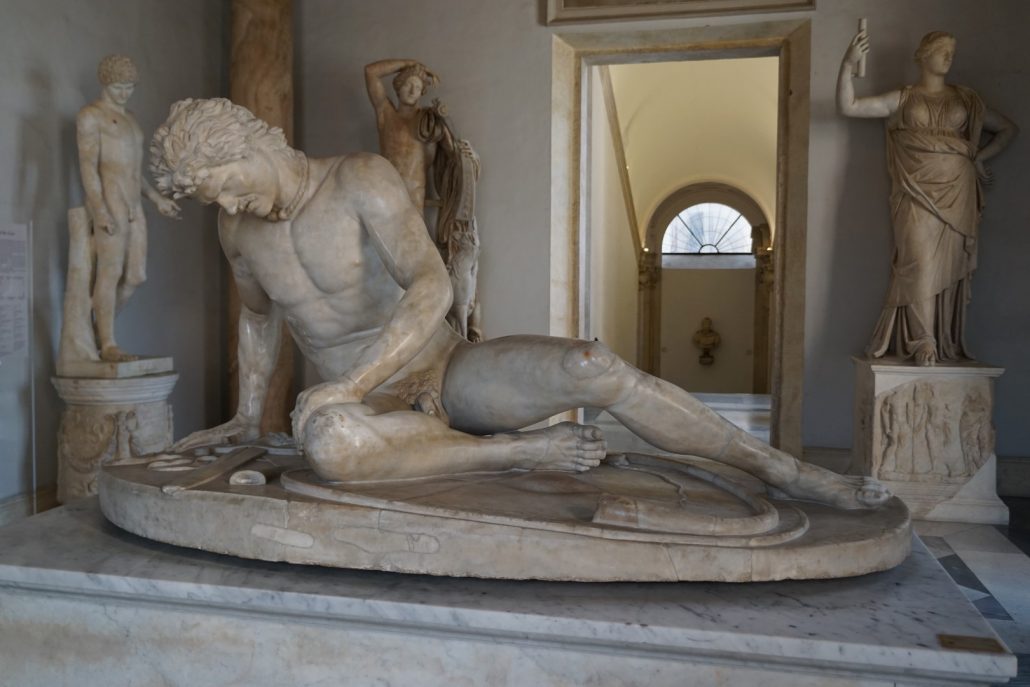 Dying Gual has a mustache! Never in a million years did I imagine he had a mustache. I know this seems trivial, but I just couldn’t believe after studying the image so many times I’d never seen his face and that stache! That’s why even after having seen pictures of art work, I think it is so fun to see the art in person. You can walk around it, get close to it (but not too close, they don’t like that) and observe it differently than in pictures. 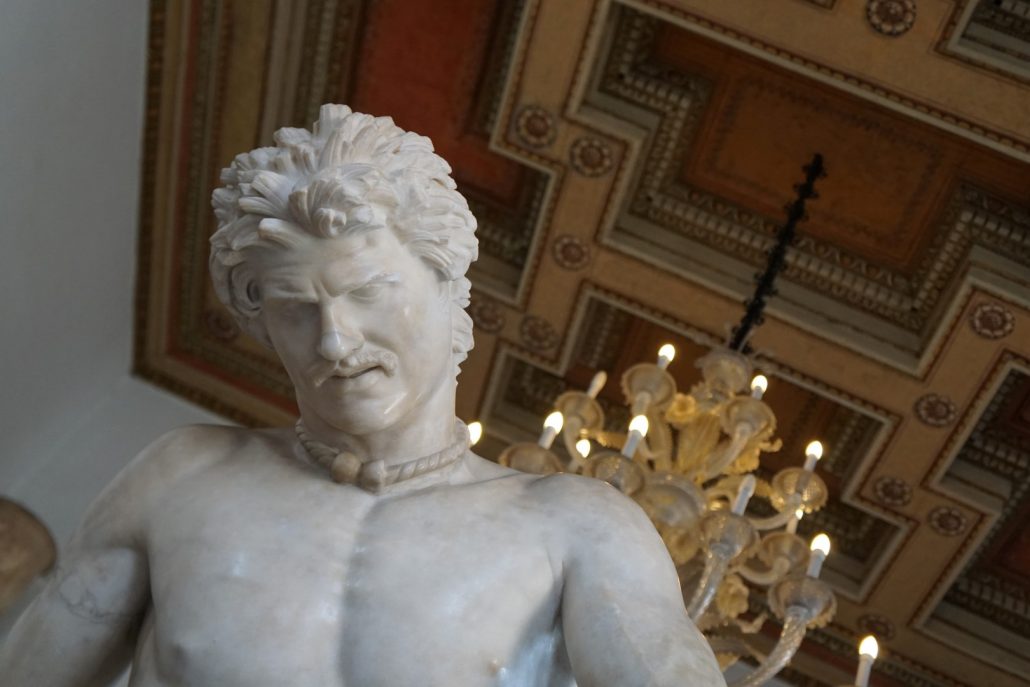 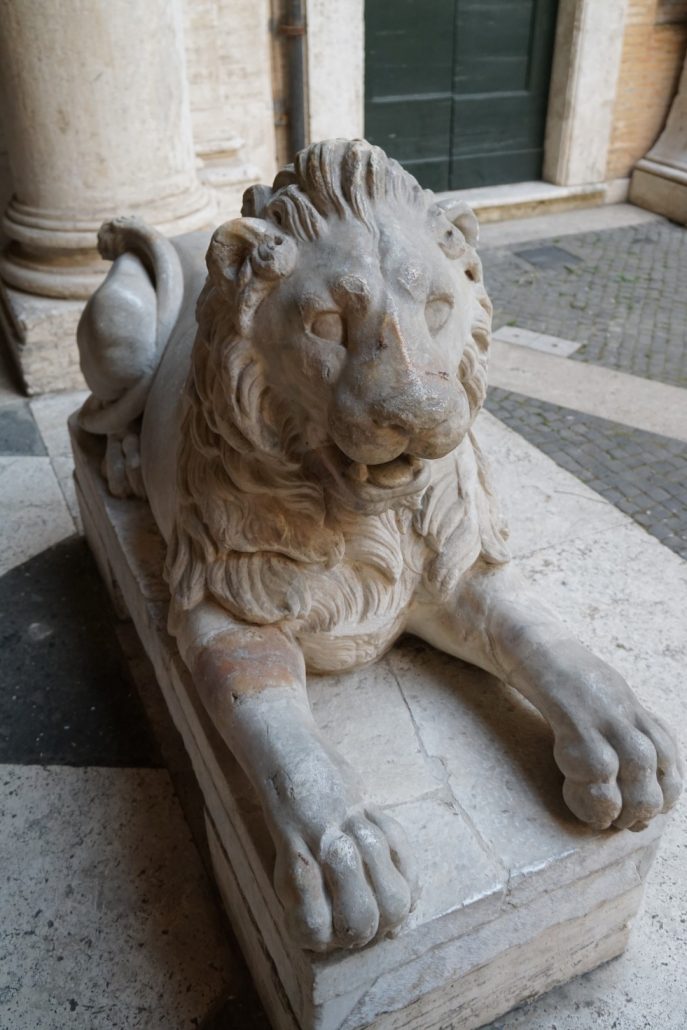 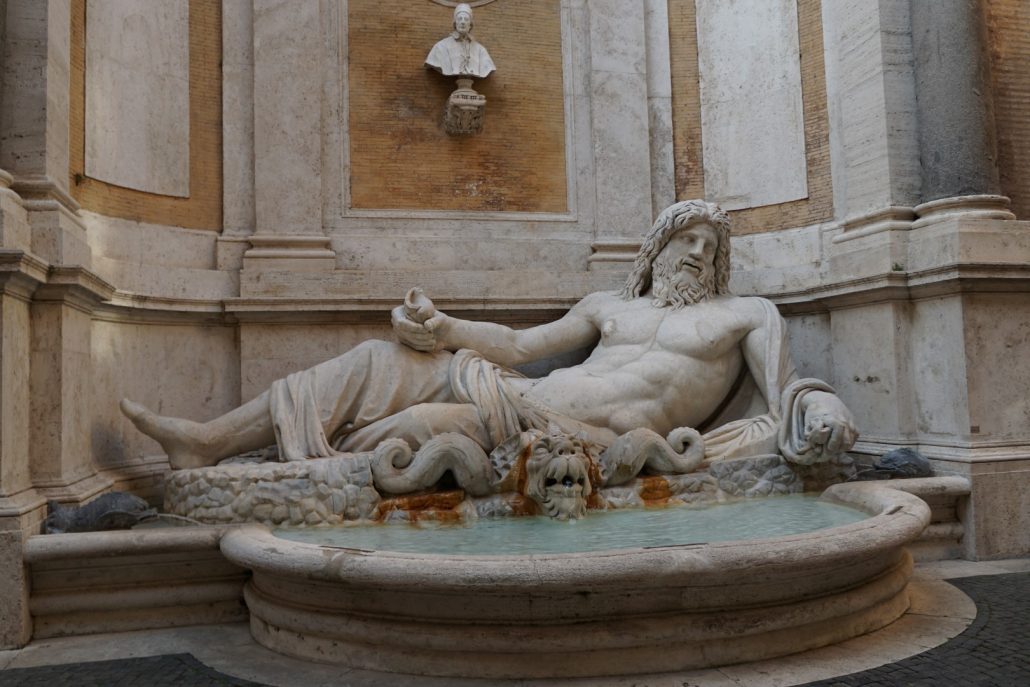 This post covers two days (I usually cover only one). The next day, we spent the morning taking the bus to the Priscilla Catacombs. The bus system in Rome is just terrible. You never have any idea when the 72 bus (or any bus for that matter) will be at the stop to pick you up. Sure, the schedule says 10:17 and you were there at 10:09 just to make sure you didn’t miss it, but the bus didn’t actually come until 10:32 and you wasted nearly a half hour just waiting for the bus.

Due to the bus delays, we nearly missed the last catacomb tour of the morning. We walked in right as they were gathering people for the last tour.

The catacombs were really cool. Unfortunately, they don’t allow pictures to be taken, so I have none to share. I was impressed to learn that not only are the catacombs huge, but that they have three levels that go down into the ground. Just trying to comprehend the catacombs on one level is hard to imagine, but then you think about another two levels below your feet and you wish you could just roam around and explore them on your own.

Later that afternoon, we took a bus (after a long wait) to the top of the nearby hill Gianicolo. The view of Rome was amazing. 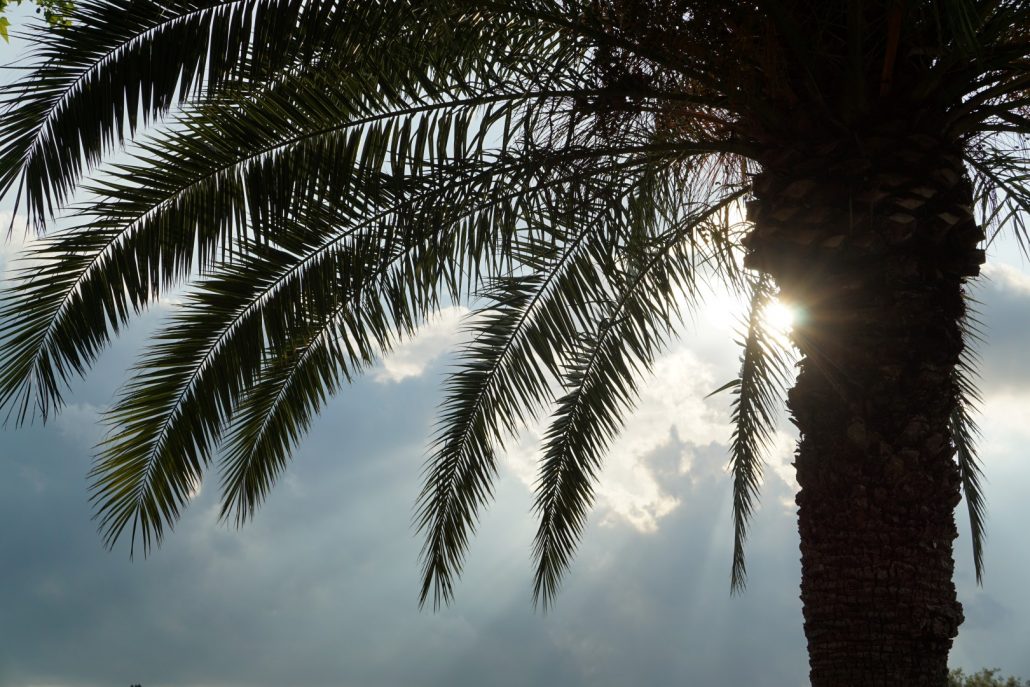 Sisters! I love my sister, and I’m so glad that my girls have each other. I hope they are best friends.

Leaning Tower of Pisa (and Florence too!)