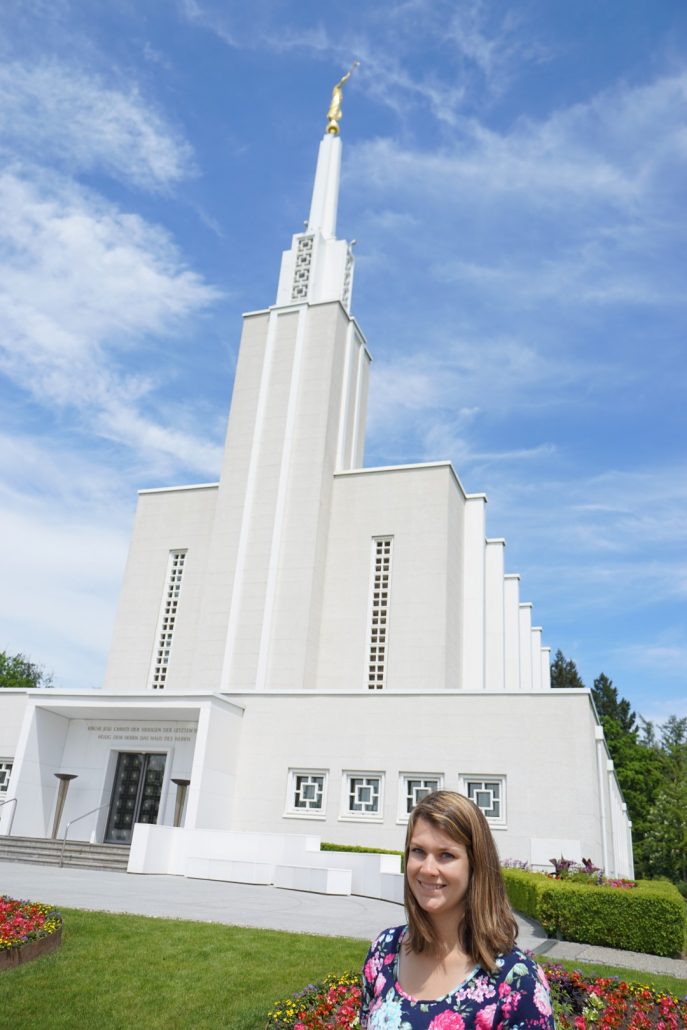 Sunday was a beautiful day. We went to church in the stake center right next to the Bern Switzerland temple. When we walked into Sacrament meeting, I saw headsets on the table. I was excited to have an English translation for Sacrament meeting! Chris nabbed one and when the talks began he turned up the volume and started listening. The headsets have two channels. We were in a German-speaking ward and they had translations in French and Italian… but no English. So we enjoyed listening to the talks by the Spirit!

I studied German for about 3 years in high school, and I took one semester of German in college. You might be thinking, “Wow, Brittany must know how to speak some German.” Sadly, the answer is ‘not really.’ German class always seemed to have an emphasis on having fun and watching movies and not actually learning anything. So as I listened to the talks in German, I only understood a few random words, though I was able to catch nearly all of the numbers they mentioned. Yeah, after 4 years of classes, I know my German numbers pretty well (which isn’t really that helpful). 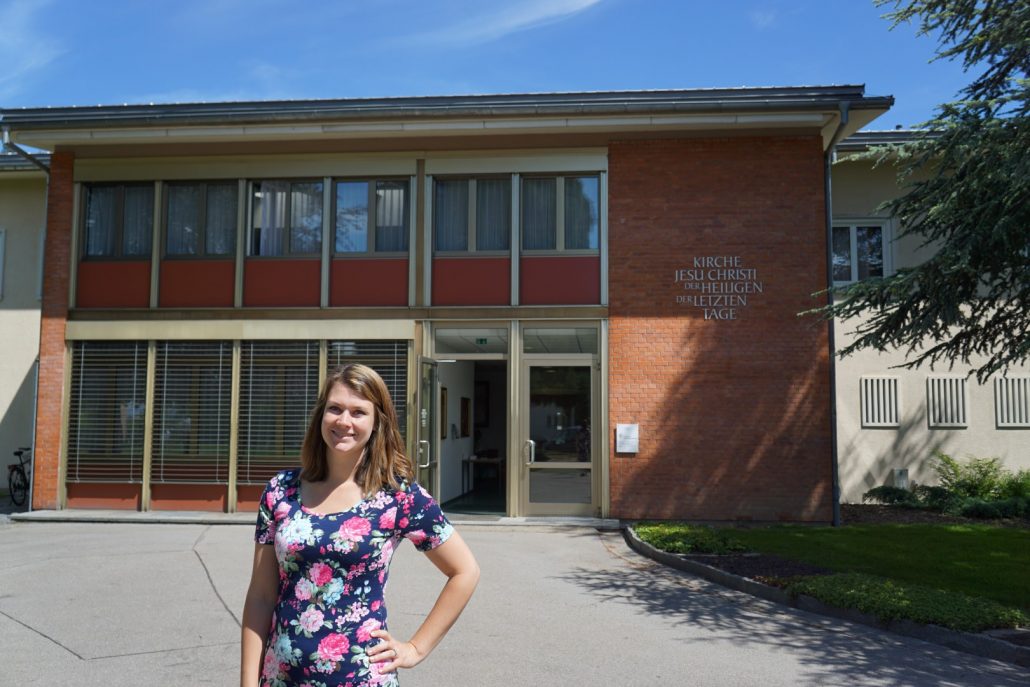 Since we couldn’t understand a word that was said, Chris got creative and pulled out his phone during Sacrament meeting. He was hoping to catch some of the talks by using the Google Translate app to translate from German, but unfortunately the phone wasn’t picking up the sound of the chapel’s speaker system.  Not to be deterred, he stuck the earpiece of the translator next to the microphone on his phone, flipped the receiver to French, and voila! We had German over the pulpit, translated to french by a kind sister in the ward, through an earpiece, into the phone, translated to English by Google Translate. As you might imagine, there was probably a fair amount of plain and precious truths that were “lost in translation,” but we actually gathered enough from the translation to know the talks were about tithing. Chris sure thought he was pretty clever.

After Sacrament meeting, Charlotte was really excited to go to Primary, so she went with Grandma while everyone else took a walk around the temple grounds. We had ample time to capture pictures of Lucy in all her cuteness. I didn’t want to overwhelm you too many pictures of her adorable face all at once, so I put the pictures in a slider so that you can see the pictures just one at a time. 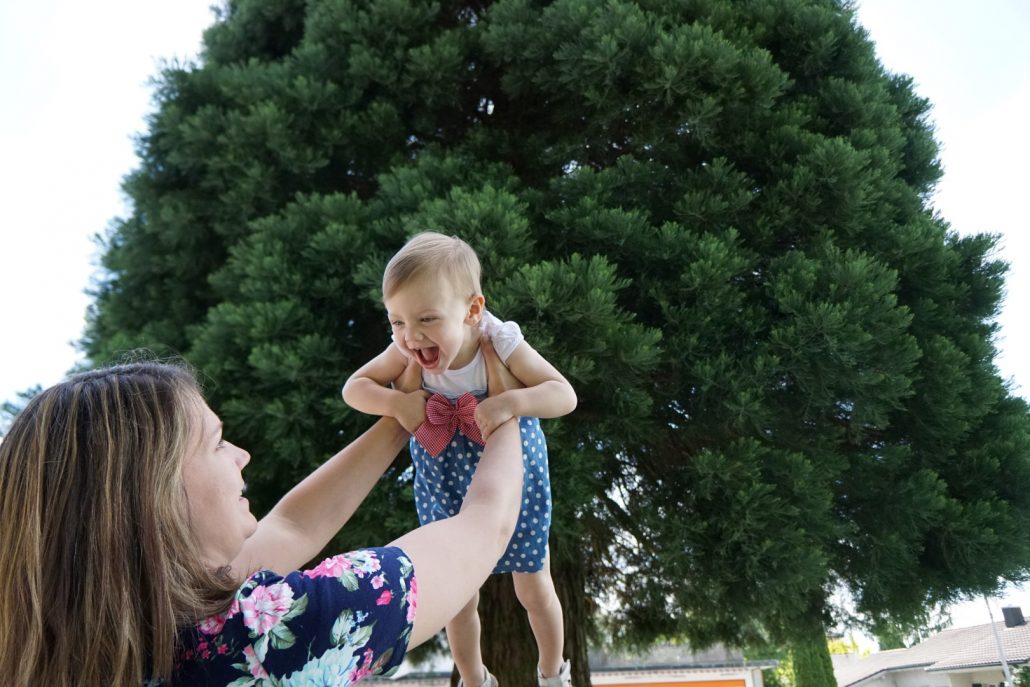 A lovely family in the ward invited us over for dinner after church. We had a wonderful time getting to know them. They had kids that were about the same age as Charlotte and Lucy and they had fun playing together despite them not speaking the same language. And after being away from home for weeks, I know my kids enjoyed having a room full of toys to play with for an hour. We had to coerce them to stop playing and eat dinner. 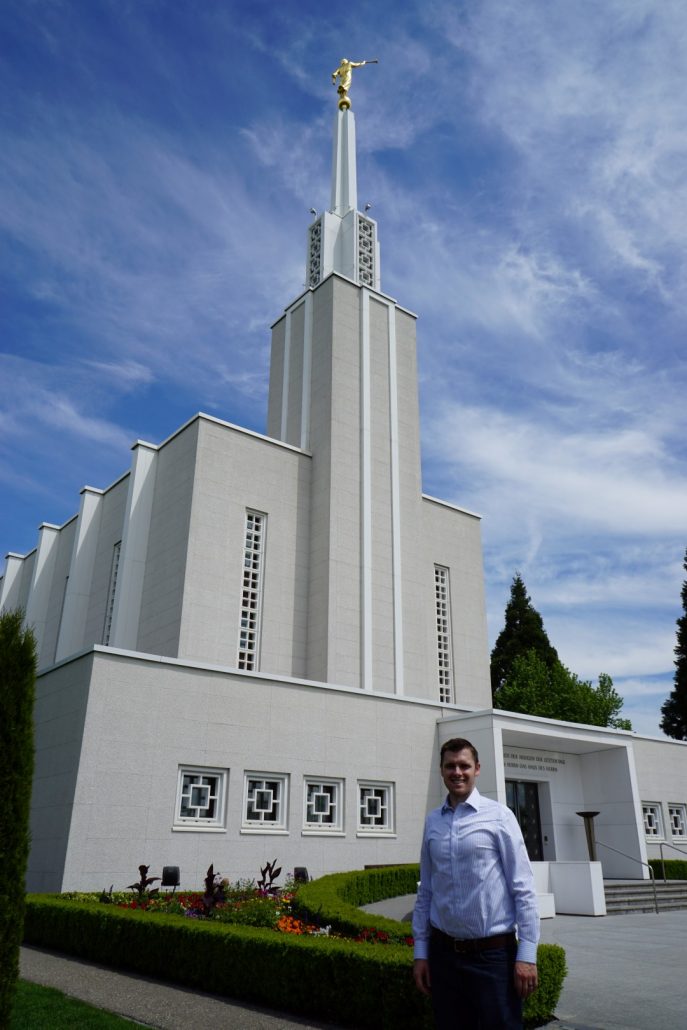 Monday’s weather was not great. It was pretty rainy. And what’s a better rainy day activity than visiting a cookie factory?! Ok, so truth be told, it was more of just a wholesale cookie store at the cookie factory. They don’t actually allow you into the factory or give you any sort of tour. But they do have free samples of nearly every cookie they make. This sounds fantastic, right? Oh, it was.

We caught the early train, so we were at the cookie factory before 10am. There’s nothing like cookies for breakfast! When we first started sampling, we were just trying everything in sight (and some of these samples are nearly whole cookies). But after about one aisle of sampling cookies, were were starting to feel really sluggish and sick. Then we started choosing the cookie samples more carefully. And by the end, the cookies didn’t even look delicious anymore and we couldn’t remember which cookies we liked or disliked. So, we picked a few bags at random and headed to the check-out counter. Too many cookies. #FirstWorldProblems 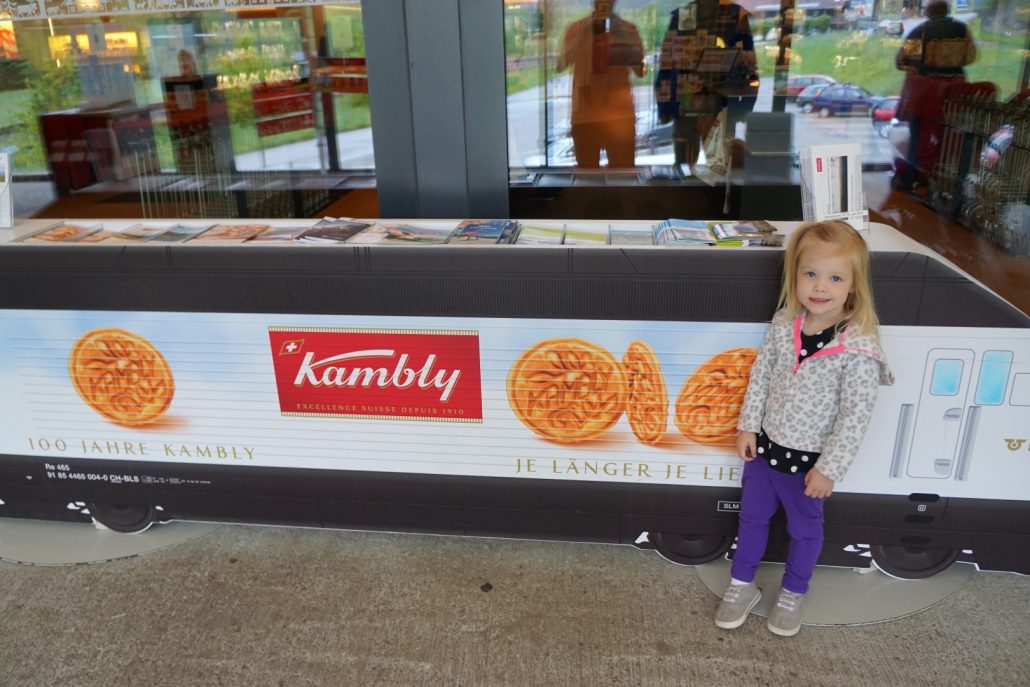 One of the last cookies I sampled was from an aisle way in the back of the store in its own section. Since it was at the back, we all nearly missed it. They had several flavors variations of the original Bretzeli cookie. This is the cookie that started the Kambly cookie empire. At first, I didn’t really like it (but perhaps that was due to the fact that I’d previously eaten 32 cookies). And I even walked away from the cookies, but for some reason I kept coming back to them. I sampled them one more time (all the while my stomach screamed, “Noooo!!”) and I decided to buy some. These cookies turned out to be our whole family’s favorite. They are sweet, but not too sweet, and are the perfect amount of crunchy but not crumbly. We ended up buying more bags of these cookies at the local grocery store, and in just a few days we had easily devoured over 4 lbs of Bretzeli cookies. Yeah, that’s a souvenir I’ll be carrying around with me every day for a while.

Later that evening, thanks to Chris’ parents babysitting for us, we had the delightful opportunity of going on a date-night. We went downtown and enjoyed a delicious pot of cheese fondue! 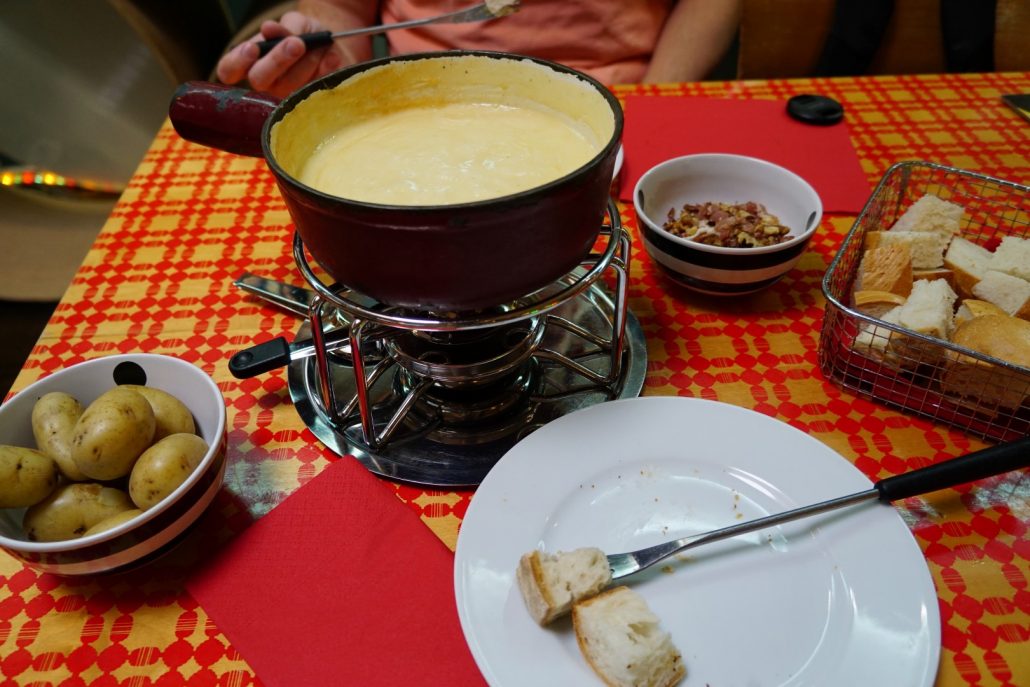 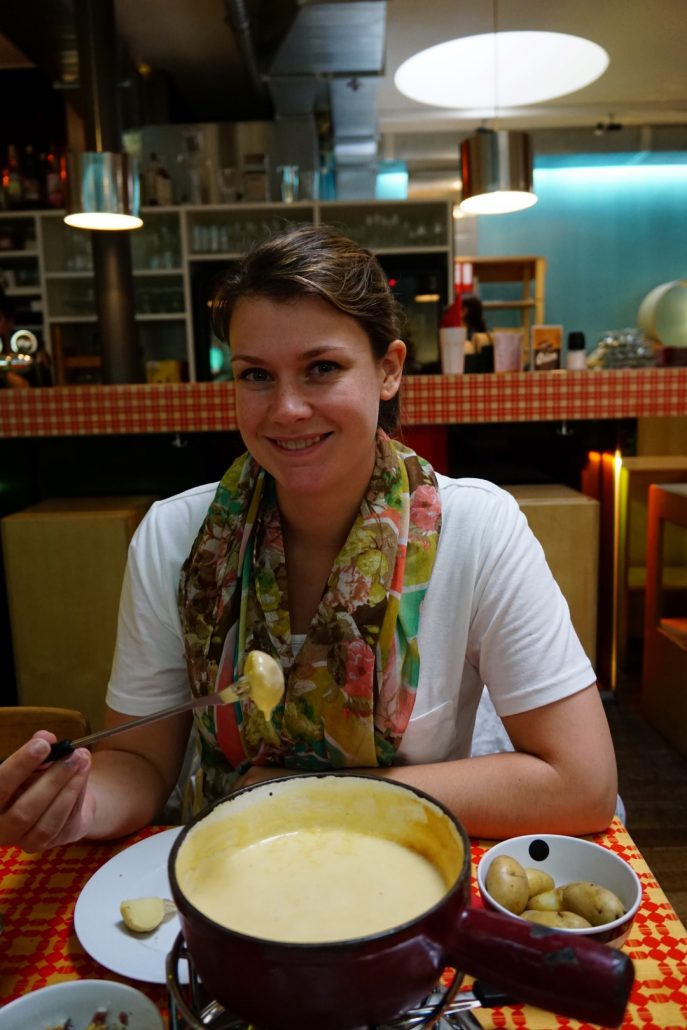 Bears in Bern
Scroll to top