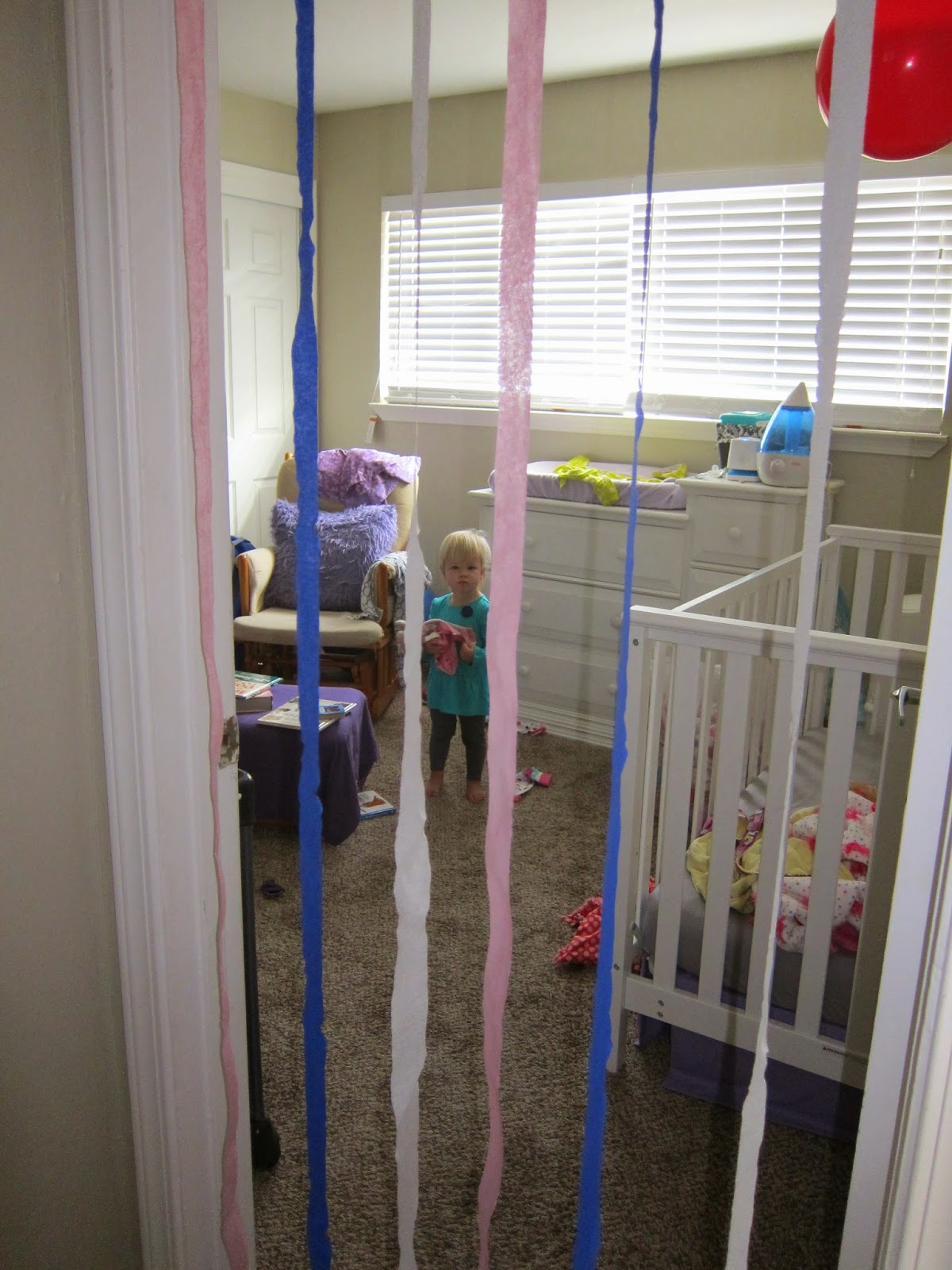 Friday night I was preparing for Charlotte’s birthday party when I had this really fun idea. I used some streamers and balloons I had on hand and put them up on Charlotte’s door as a birthday surprise. “She’ll love it,” I thought. Ha! I couldn’t have been more wrong. She stared at those streamers & balloons and decided that they were dangerous and should be feared. She wouldn’t not willingly touch or come near them. In fact, at one point she wouldn’t come in the living room because there might be a balloon around somewhere (we left a few stray balloons around thinking she might want to play with them, haha). Watching her cautiously peer around the wall to check for balloons was sadly hilarious.
To her credit though, after about two or three days she did get used to them and the streamers were no longer trapping her either in or out of her room. She would go through the streamers to get into her room (though she never really played with them or the balloons). 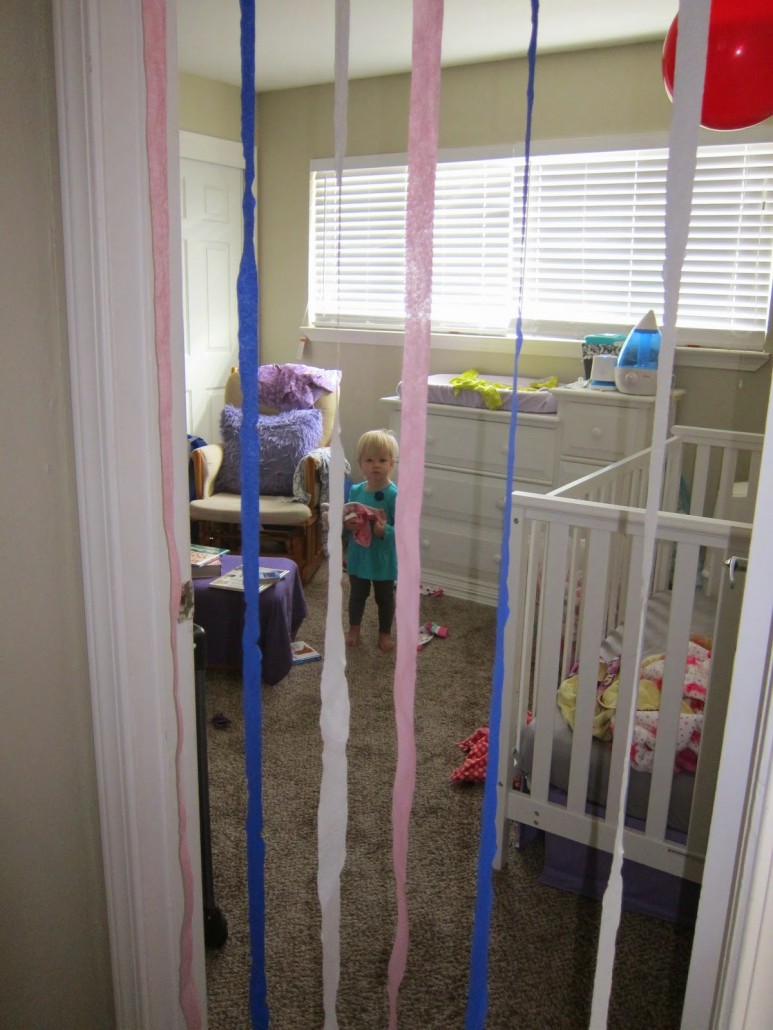 Now, on to the party! I picked a painting party because I knew Charlotte loved to paint. She had painted only once before at the Children’s Museum, but you could tell she loved it. At her party, she got so excited when she saw the paints. The only thing that could keep her distracted while we set everything up was a banana muffin. 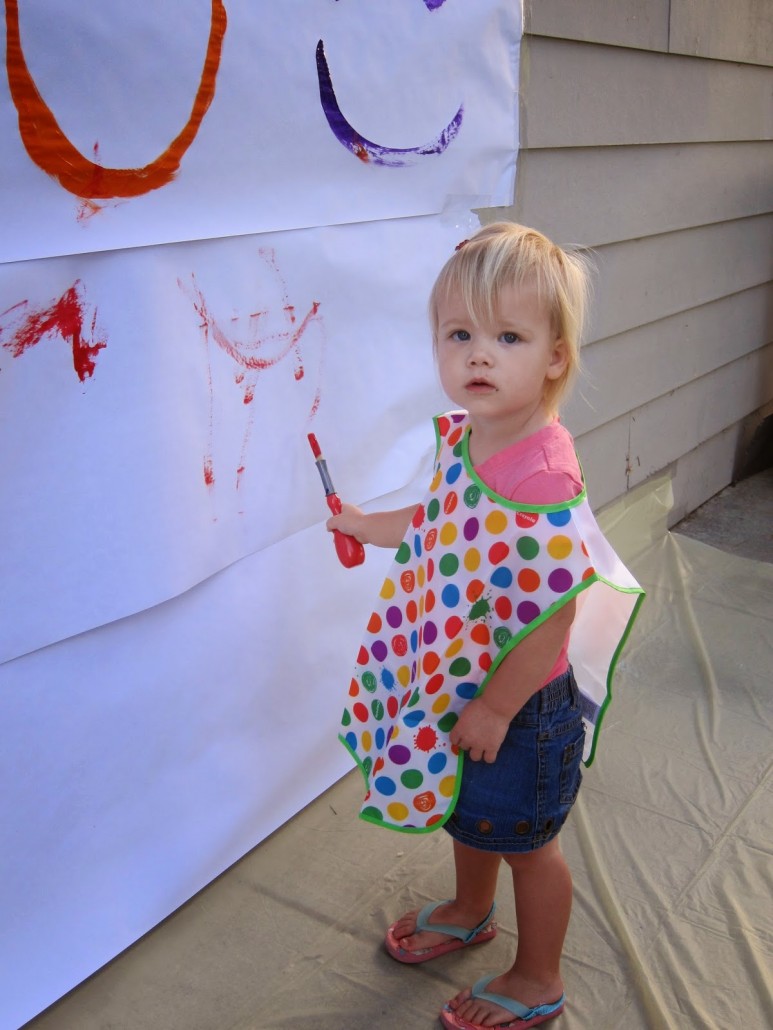 We kept the party really small because we didn’t want chaos to break out or have kids fighting over the painting supplies. We had some fun rainbow themed fruit and veggie trays, sprinkled cupcakes, and banana muffins (one of Charlotte’s favorite foods). After a few bites, she actually chose a banana muffin over her birthday cupcake. 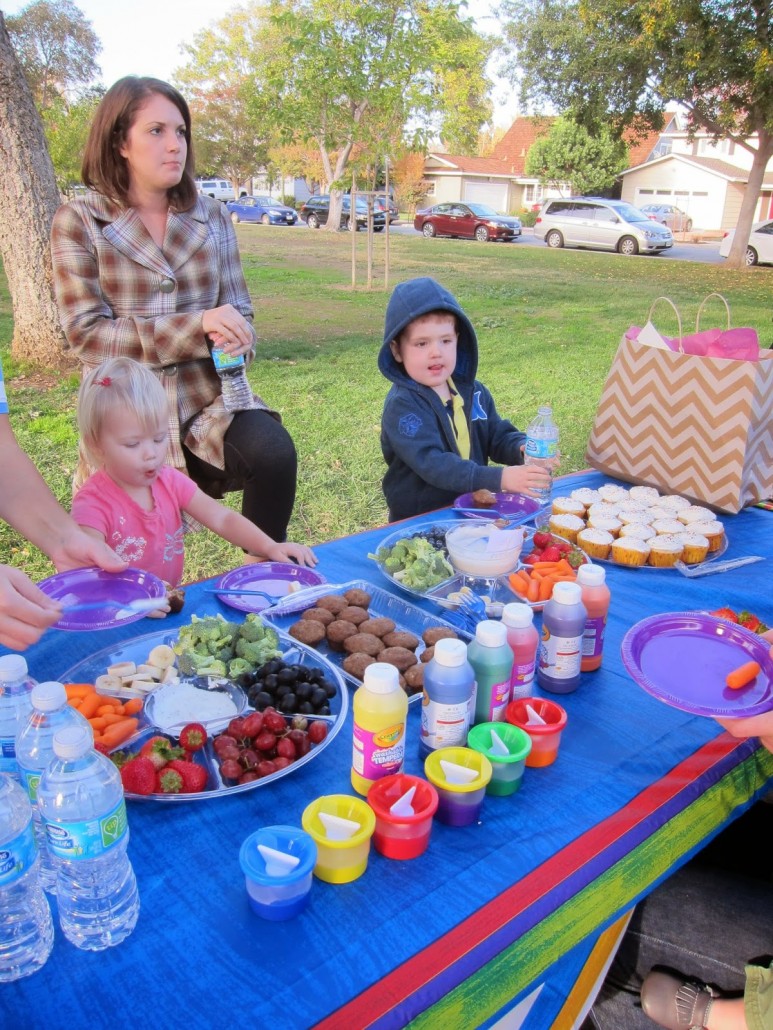 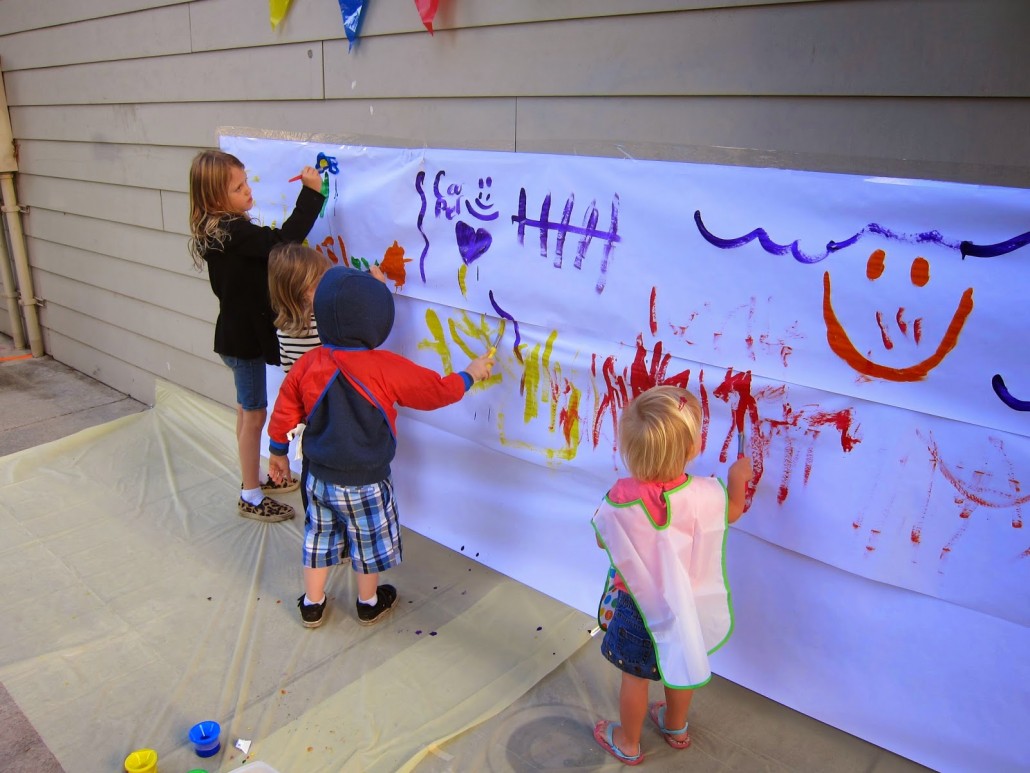 Lucy slept through the entire party. 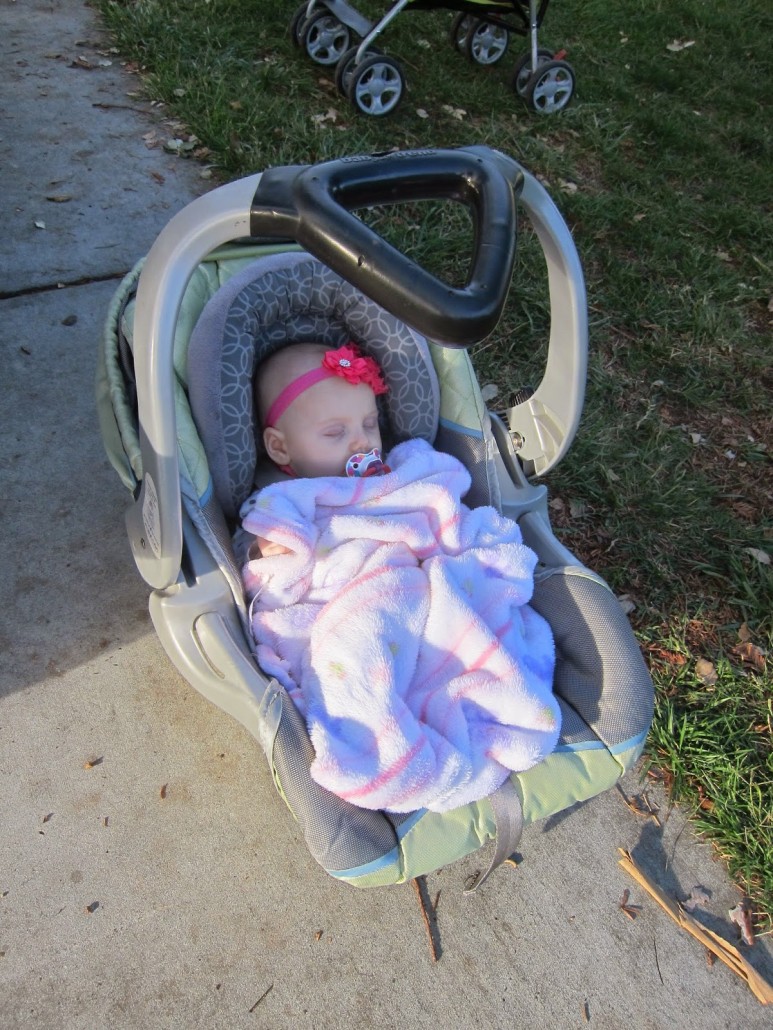 We took a break to light the candle for the birthday girl’s cupcake, which she actually blew out all by herself. After eating a few bites of cupcake and a banana muffin, Char was asking to paint again. 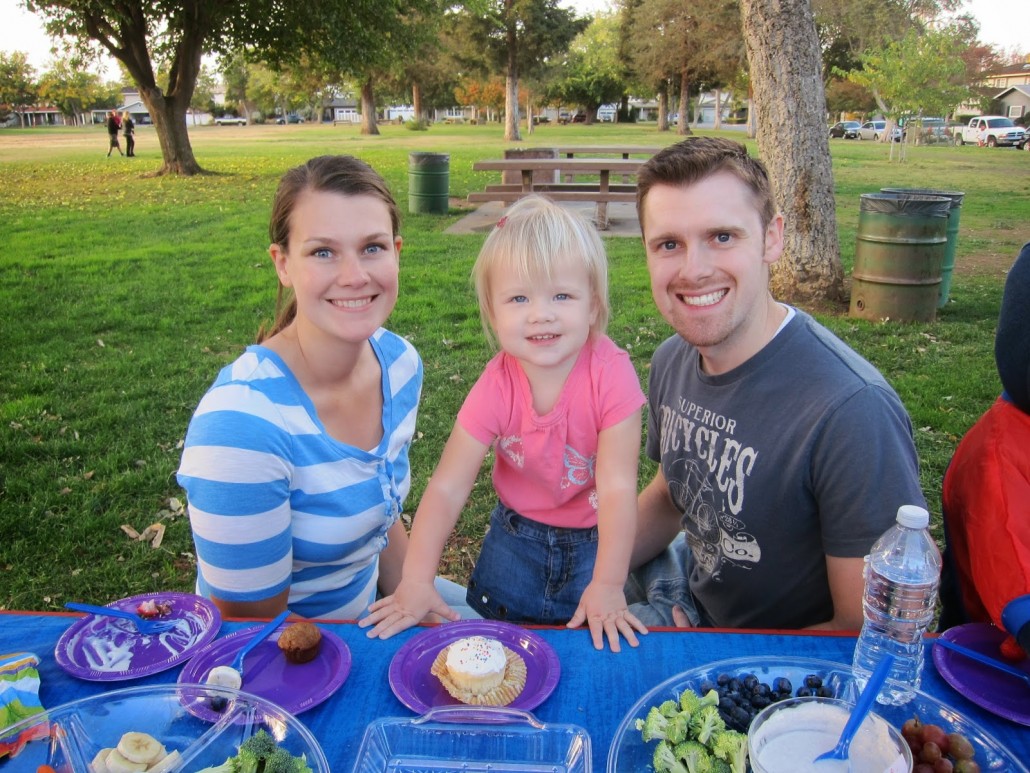 We had to take the paint brush out of her hands once everyone had left and we were mostly cleaned up. We would have let her paint longer, but it was starting to get cold outside and she was in shorts and flip flops (it does get kind of cold in mid-November…). Everyone had so much fun I think we might have another painting party just for fun! 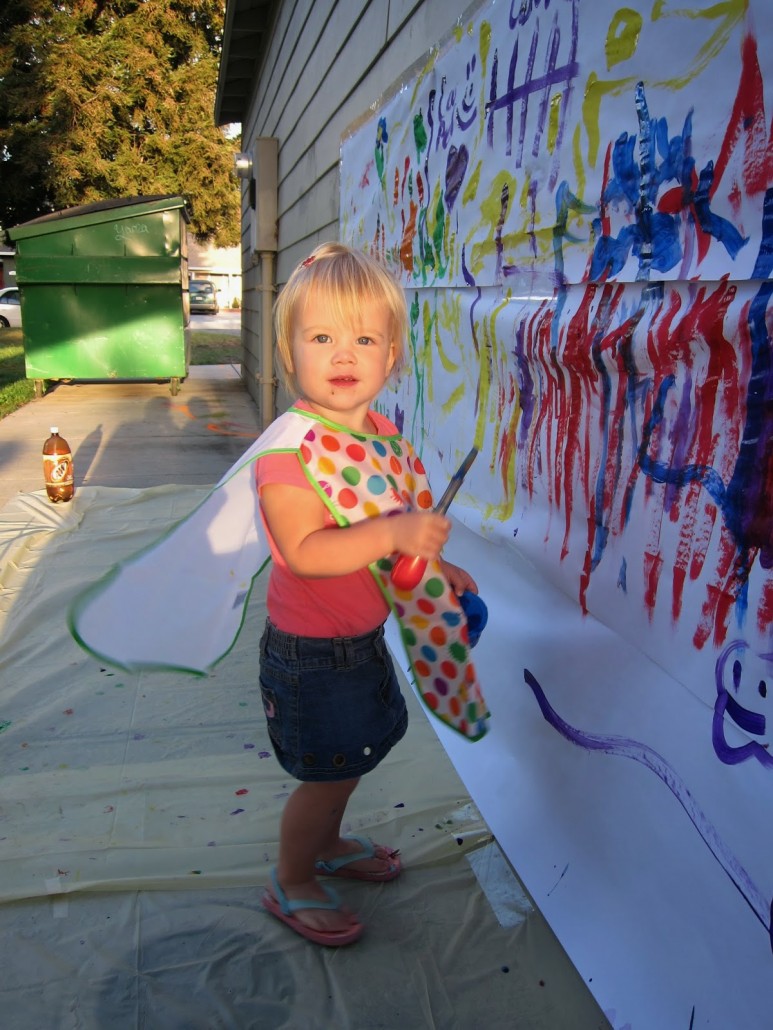 A Thanksgiving Toast
Scroll to top