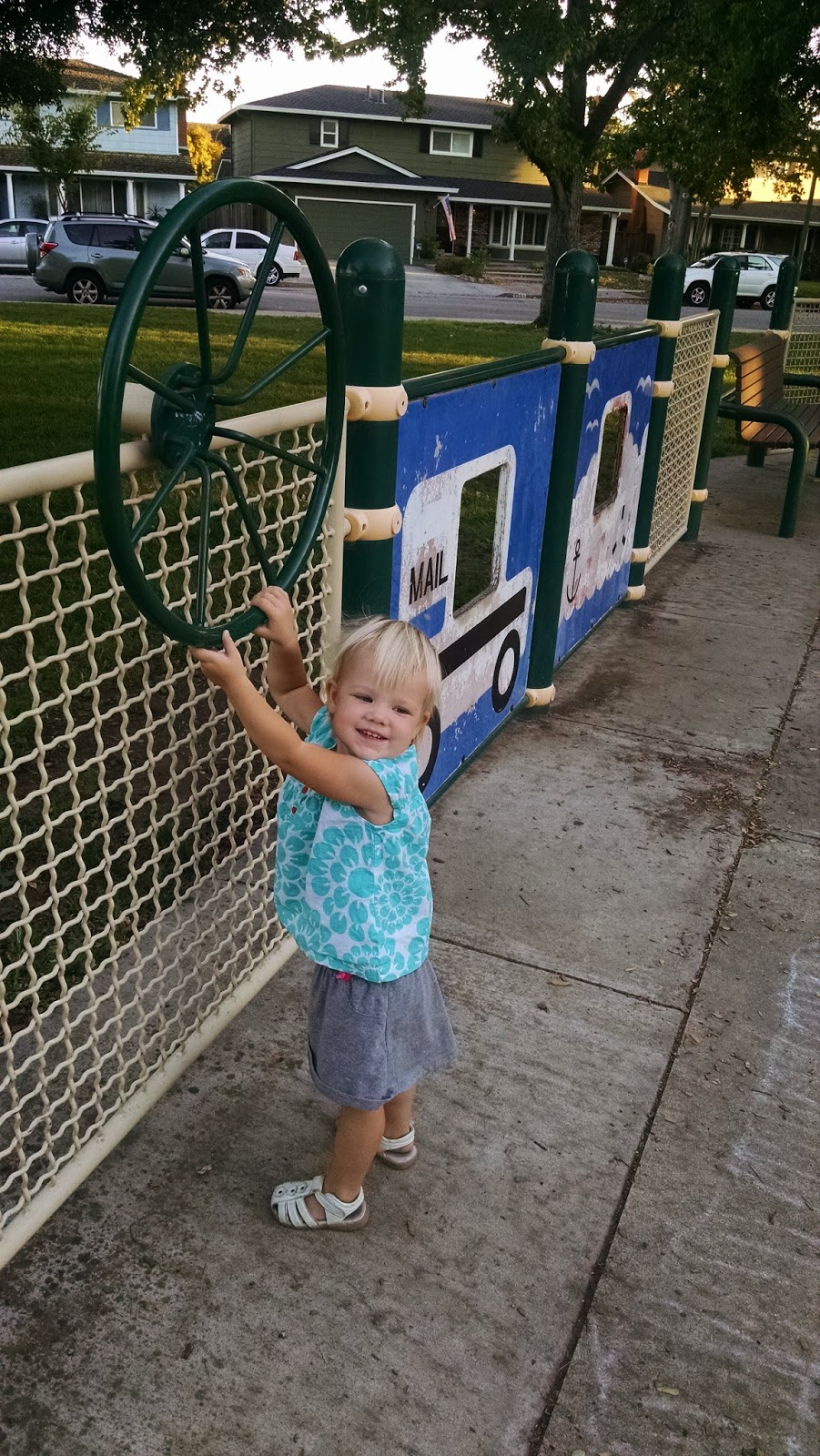 Charlotte loves to go places with me. Every time I mention the word ‘go’ I have to be ready to walk out the door. Once she hears we are going somewhere it’s all she talks about and she wants to leave right now. She has one pair of shoes that she can get on by herself (thank goodness!) and to keep her distracted while I finish packing things up to go I tell her to go get her shoes on. Most of the time she will go and excitedly put them on, but there are rare occasions where she just doesn’t want to listen.

Here’s Charlotte at the park near our house. She is finally getting big enough (and brave enough) to climb around and on nearly everything by herself (except the slide). 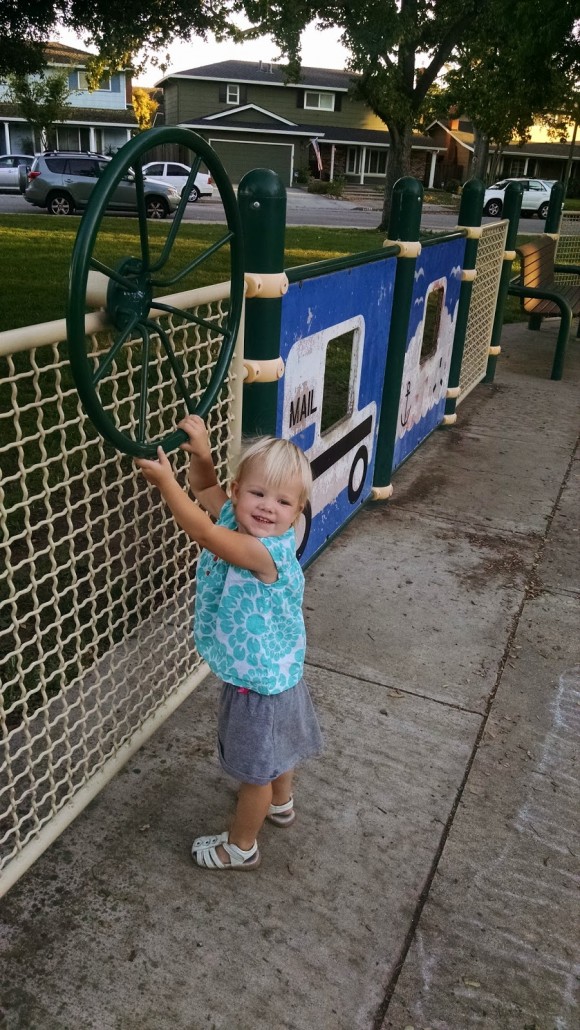 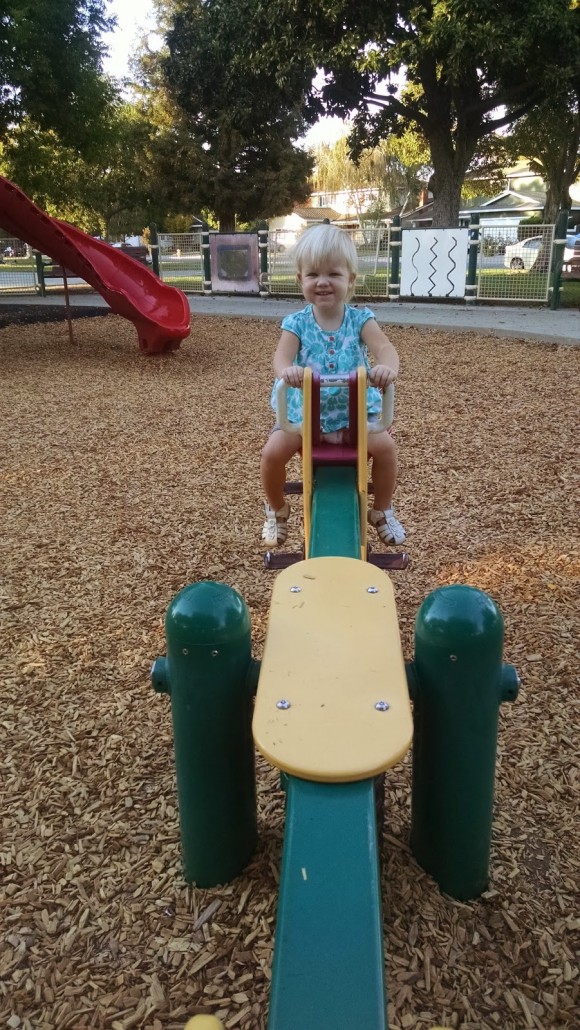 We have a pass to Happy Hollow which has a zoo, rides, and a playground. Charlotte likes a couple of the rides, but is very particular about the carousel. She will not ride on anything that goes up and down. They have one animal that is stationary (the giraffe) and that is the only one she can ride without clinging to me the whole time. 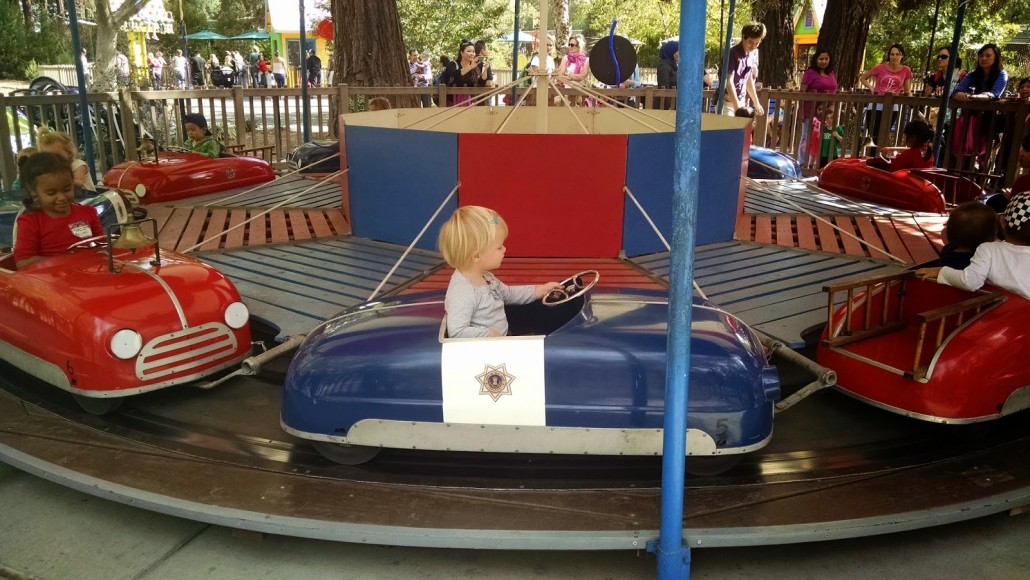 Charlotte has a ducky towel that we have always used after her baths. Now that we have Lucy, I decided to buy another towel. While I was looking for one at the store Char saw this one and wouldn’t stop hollering until it was in her hands. She carries it around during the day sometimes like its her favorite blanket. Luckily, though she loves it so much she still lets me use it to dry off Lucy after a bath. 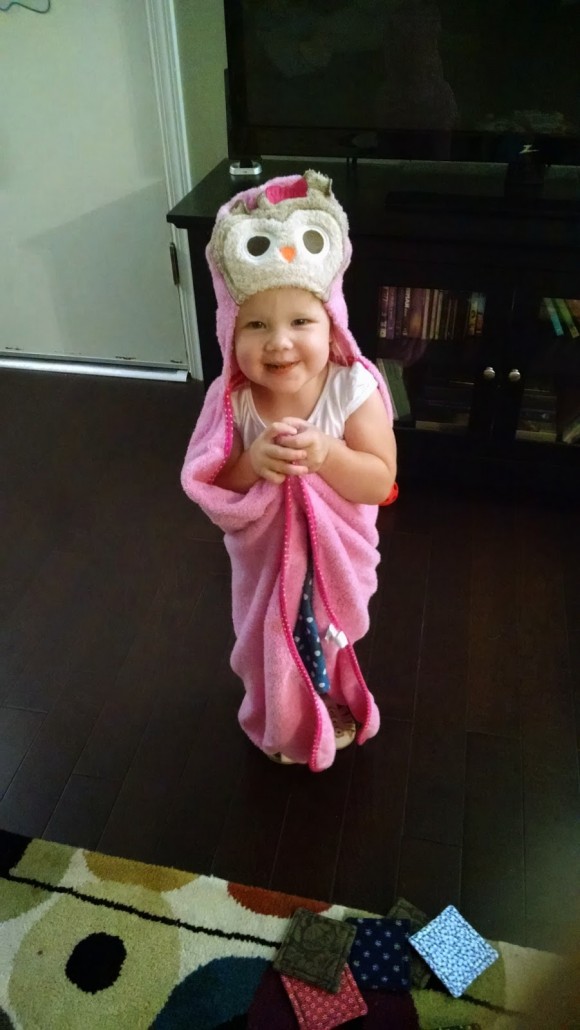 And of course, I just had to throw this in there. Lucy is two months old! Isn’t she cute. 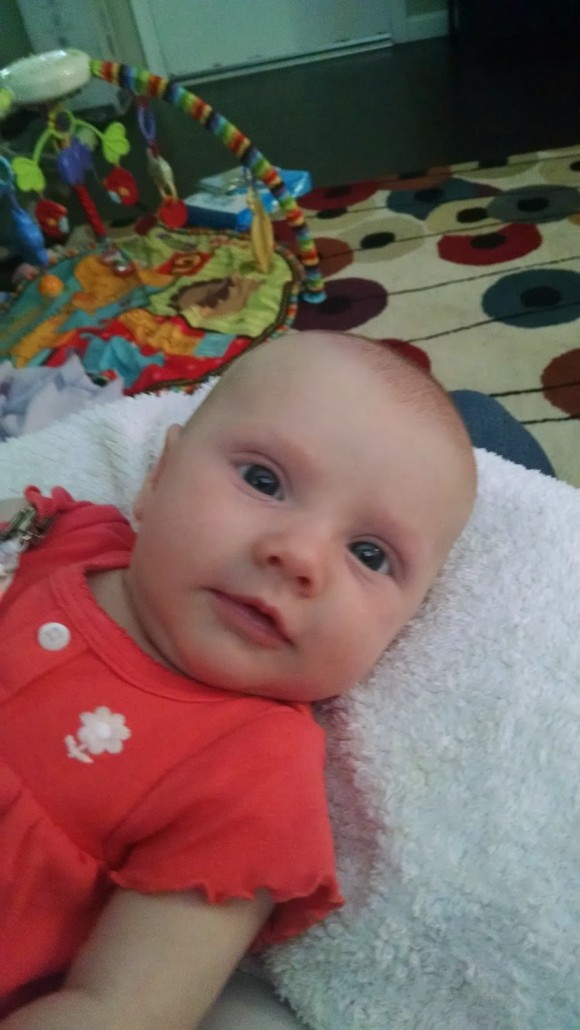