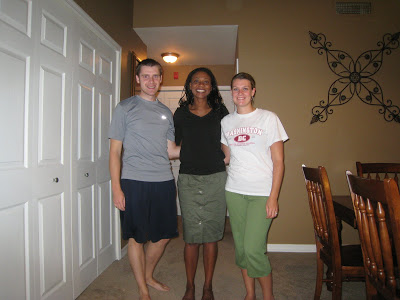 Here is another picture with our couch surfing host. This is Tavia; we stayed with her for a couple nights while we were in Florida. She took us to Wekiwa State Park which is a natural spring. The water was a little cold, but it was a fun swim.

We bought a two-day pass to Universal Studios and Islands of Adventure. We discovered that there was a huge benefit to having arrived in Florida in September (after most schools have started) – short lines! We spent one day at each theme park and we were able to go on every single ride we wanted to, plus our favorites for a second time. 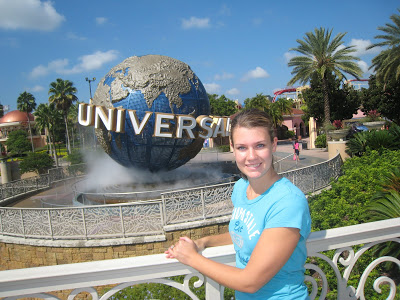 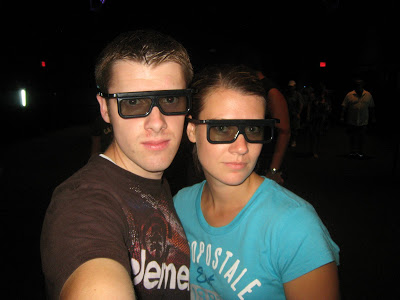 The Simpsons ride was one of my favorites. Its one of those rides where you sit in the car and it tilts you, jostles you, etc. to make you feel like you’re part of the movie you’re watching. We’d been on several of those kinds of rides, but this one did a great job making you really feel like you were in it. I thought it was fun. 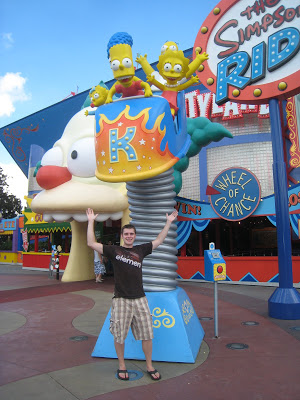 The next few pictures are from Islands of Adventure. We saw this sign amongst many in the comic section of the park, and we thought it was actually fairly accurate. At this point we’d been on the road for about two months. Moving from place to place about every other day was getting a little tiring, but its hard to take a break when you’re in a city you’ve never been to and may never visit again. 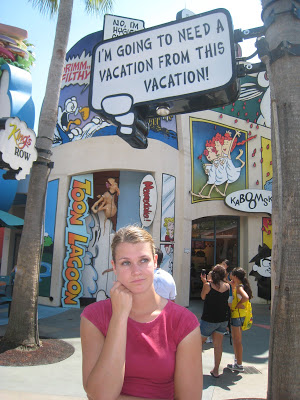 The Harry Potter section of the park was very elaborately done. It was really fun to walk around and see parts of the movie come to life. I think this was all sort of lost on Chris because he’s never read the books or seen the movies 🙂 The ride was pretty cool too. 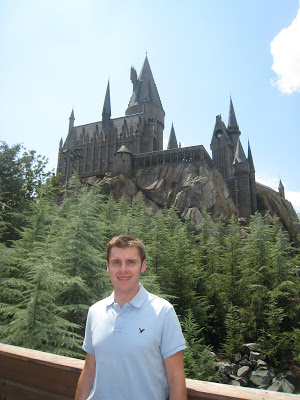 I just had to take a picture of the empty lines for the Harry Potter ride. And this picture only shows about 1/5 of the line queue length. It went on and on… I can only imagine it is possible to wait in line for this ride for hours. I think we waited about 40 mins. We joked that when the “Wait Time” sign said 10 minutes or less that it meant it was a walk on, but it’d take us 10 minutes to walk to the actual ride. 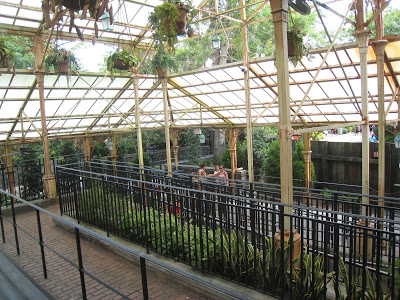 This is Jason, another one of our couch surfing hosts in Orlando. Jason showed us a really great Mexican restaurant near his house. We really enjoyed getting to know him. 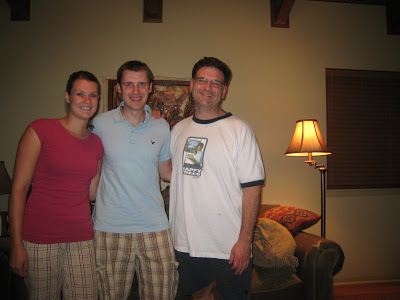