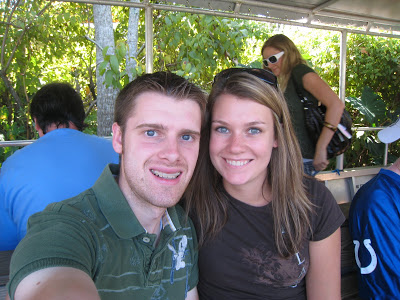 While in New Orleans, Louisiana we found a company that gave swamp tours. It was a little ways outside of the city, but it was well worth the drive. Here we are after getting on the boat that would take us all around the swamp.

The first few alligators we saw were small and fairly timid. You can see only his eyes are out of the water. Our guide explained that the number of inches of length on their snout translates into the number of feet the alligator is long. So even though only his eyes and part of his snout is sticking out of the water you can tell pretty accurately how big the alligator is. This one is only about 3 feet long. 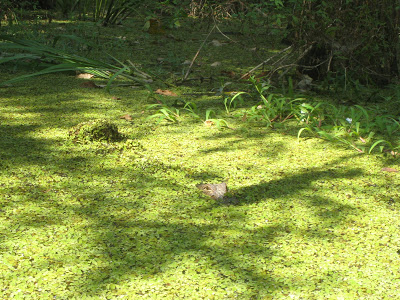 The picture is a little deceiving, I zoomed in to get this shot. The alligator is only about five or six feet long (they can get a lot bigger). 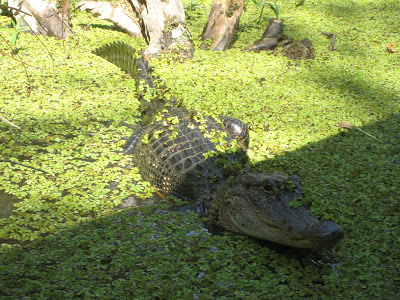 Here is a picture of the swamp and trees. Every year five licenses are given out via lottery to five lucky alligator hunters. The license allows the hunter to kill one alligator. Part of the swamp is a preserve, and hunters cannot hunt in those areas. Because the tours are done several times every day by multiple companies, the alligators grow accustomed to boats and people. There is one particular large male alligator that the tour guides love to show off. During hunting season though, the hunters know that they are not frightened by the boats so they go after the “trophy” large male alligator in the area. To combat this, some of the companies/guides have tried to feed this alligator in the preserve area so that he has no need to venture out and potentially get hunted. As you can imagine, there is some tension between the hunters and the guides. 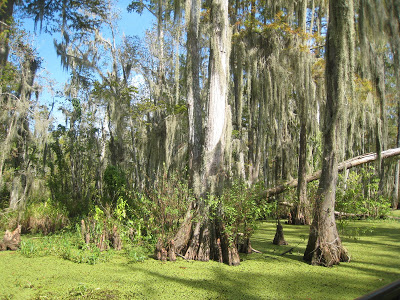 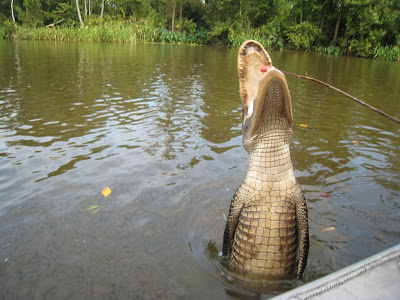 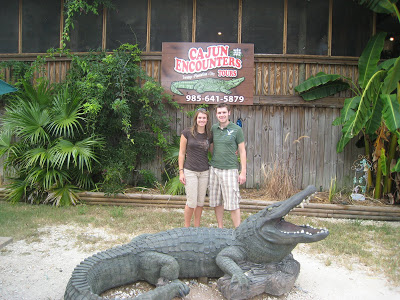 We took a tour of the Laura Plantation, also located a little outside New Orleans. It was a nice explanation of what life was like on the plantation and how all the various people ended up in the New Orleans area. 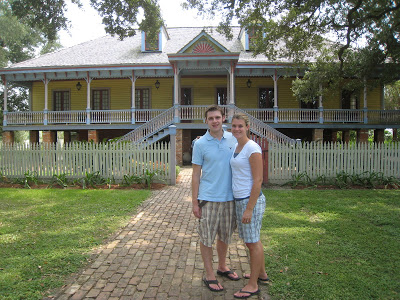 Since we were here and the dish is so popular, we had to try some gumbo. We were nervous, but it actually wasn’t half bad. 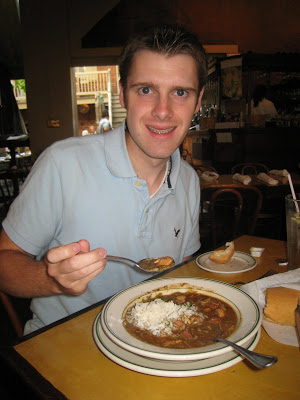