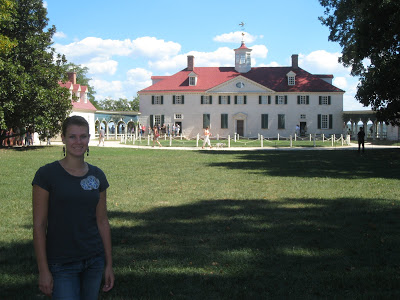 We spent a half day visiting Mt. Vernon, George Washington’s estate, while on our way from Pennsylvania to Virginia. This is a picture of the main house, the mansion. One interesting thing we learned on the tour is that the Washington’s had many guest bedrooms because every year they had several hundred guests visit, and many of the guests remained over night or for several nights.

As we walked around the estate we talked with this woman who was answering questions about what life was like when George Washington lived here. Another interesting note, the house, as you can see in the background, is not made of brick. It is built with wood planks that were carved and painted to make it look like it was made of brick. 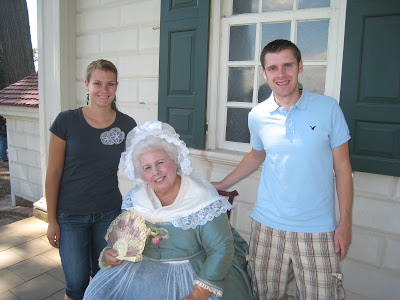 There was a lot of cool stuff in the museum. We even saw his wooden teeth! Just kidding. That is a myth. George Washington had severe dental problems throughout his life and had many sets of dentures, but none of them were made out of wood. By the end of his life, he’d had all of his teeth pulled. 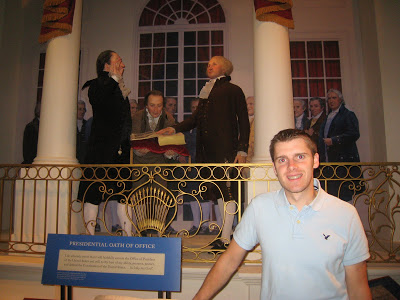 The next day we went to Virginia Beach! This is the first time I’ve set foot in the Atlantic Ocean. It was a great day to be at the beach. 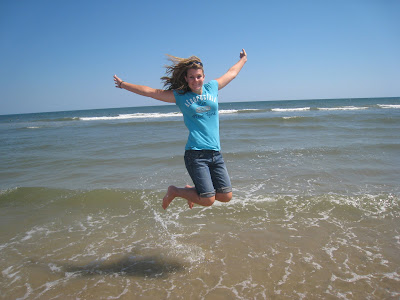 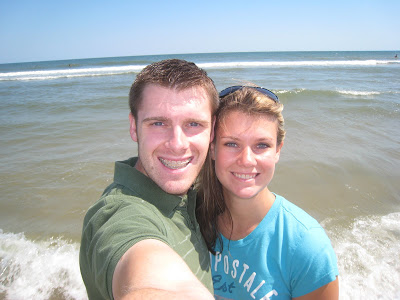 We asked what else we should see while in the Virginia Beach area, and a nice lady told us that we should come see this light house, Old Cape Henry Lighthouse at Fort Story. It was built in 1791, and it was the first federally commissioned lighthouse. We climbed aaaalll the way up to the top to see the beautiful view. 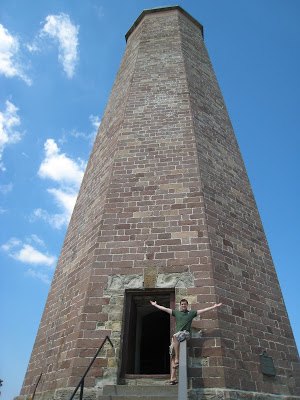 This is the view from the top. As you can see, there is another lighthouse just across the street from this one. It was built in 1881 to replace the original lighthouse which they thought was deteriorating. 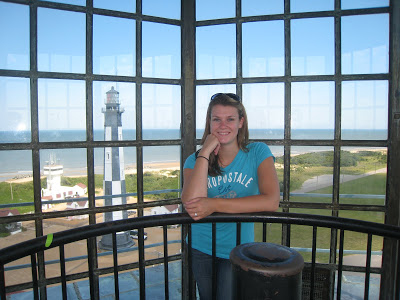 We ended our day in North Carolina. The first flight happened here at Kill Devil Hills, North Carolina in 1903 (In 1903 Kill Devil Hills was part of the city Kitty Hawk, but it isn’t anymore). The Wright Brothers had been working for years, and they finally succeeded – the first powered, controlled, and heavier-than-air sustained flight! This monument is placed at the top of one of the sand dunes (now covered in grass to keep the dune from shifting over time) where the Wright Brothers often flew in their gliders. 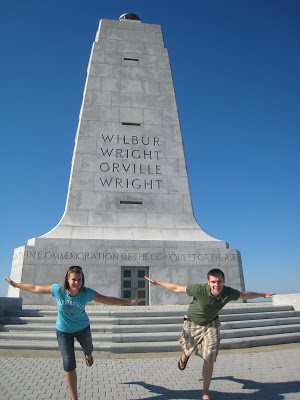 This is a replica of the airplane they flew during the first flight. I wanted to pretend I was flying the plane, so I jumped up next to the statue of one of the brothers. 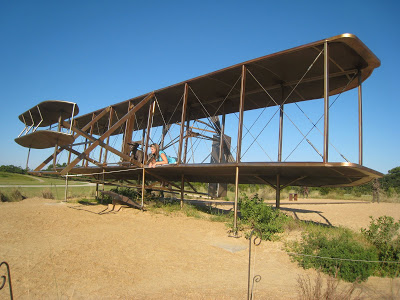 This rock is to commemorate the first flight. This is where the plane took off (not one of the hills). 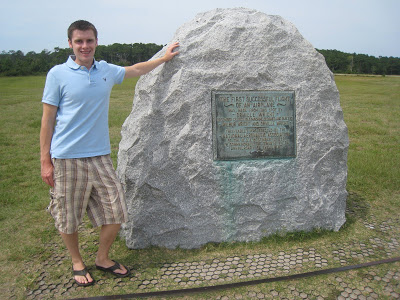 These rocks show the first, second, third and way off in the distance fourth landing spots as they continued their attempts to fly. One of the reasons that they flew very short distances and then suddenly on the fourth attempt they went a lot farther is because they were a little nervous to get too high off the ground. So while they were trying to fly close to the ground they also had to keep the plane steady and straight. They would over correct their steering and the plane would hit the ground. On the fourth attempt (Wilbur was flying that time, they switched off every other) he was a little bit braver and kept the plane higher off the ground. That enabled him to keep the plane steadier, so he was able to fly much farther. The ranger told awesome stories about the Wright Brothers. 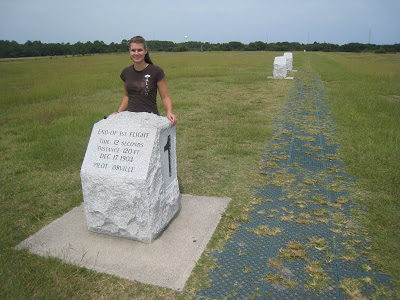 This is… a strange place. Right as you cross the border from North Carolina to South Carolina you see tons of signs for “South of the Border”. One of our couchsurfing hosts had told us about this place, so we had to stop and walk around. It is just a whole bunch of shops and places to eat, kinda funny. 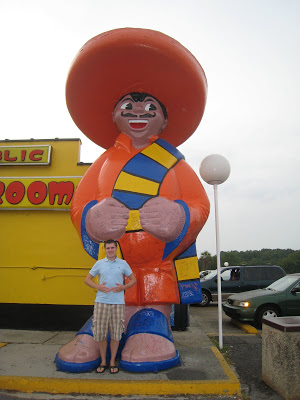