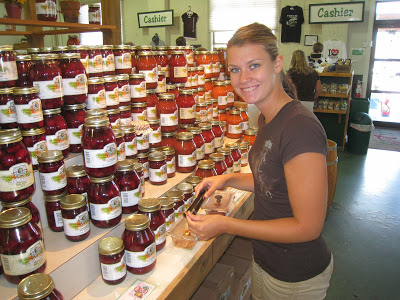 After Philadelphia, we drove through Amish country! They were having an Apple Fest at a local shop, so we decided to stop in and take a look. They had tons of samples of everything apple related and some other non-apple items. We sampled nearly everything 🙂

Then we went to the town square/center to check out the shops and events going on there. When Chris saw Pappy’s Kettle Korn stand, I knew we weren’t going to get away without buying some. Chris loves kettle corn. We watched them make a fresh batch. It not only smelled delicious, but it tasted delicious too. 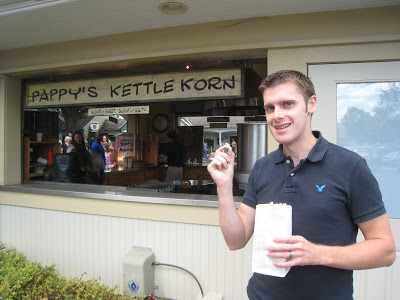 It is so strange to see so many buggies around. We wanted to learn more about the Amish and how they live, so we asked a lot of questions at the tourist information desk. We learned that there are several different types of Amish people. Some live with very strict rules saying they cannot have electricity, etc. While others have more room to decide how they want to live and if they want to drive cars, use electronics, etc. 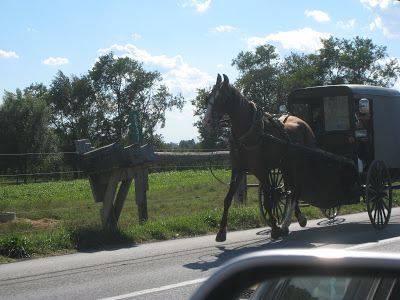 Here we are – Hershey, Pennsylvania! Mr. Hershey built Hershey, the city, for his workers. He donated a lot of his money to helping those in need. We spent just a couple hours visiting Chocolate World. 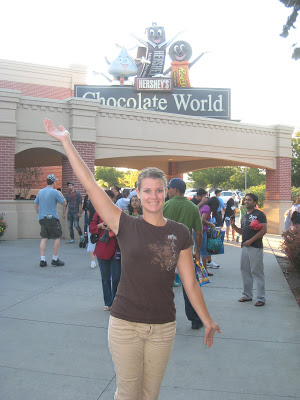 We went on the Chocolate Tour. It is a short ride that shows you how they make their chocolates. It is a pretty entertaining ride, they even have singing cows 🙂 The best part is that at the end… they give you a piece of chocolate. 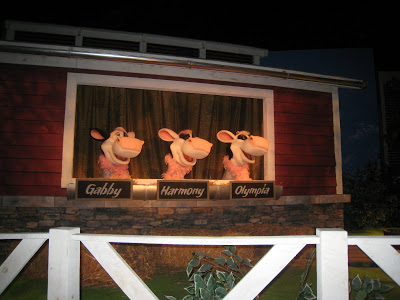 As you can imagine, they have a HUGE shop where you can buy everything Hershey. I’m holding the world’s largest Hershey bar. And no, we didn’t buy it. I think we would have been eating that thing for a couple weeks! 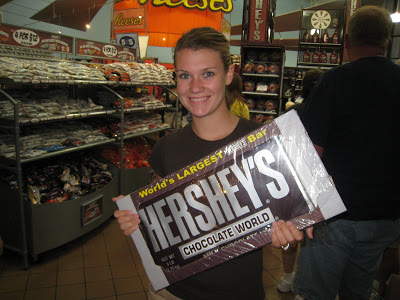 Here is a picture of us with our couchsurfing host for the evening. We stayed with Holly and her family for just one night. Her daughter is so cute; she loved talking to us and showing us her toys. It was so fun to stay with Holly and get to know her and her family. We were happy to be their first couchsurfers. 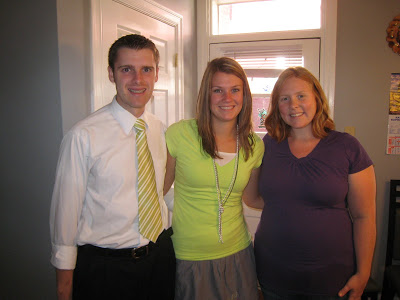 We took a few short hours (can you tell we are starting to run out of days to see everything?) and took a audio tour of Gettysburg. Here we are at the visitor center with a statue of Abraham Lincoln. 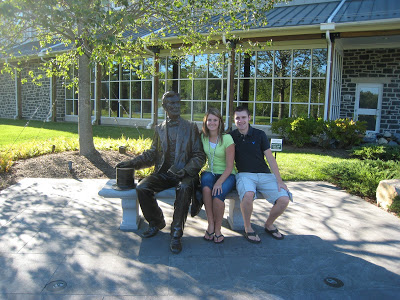 One of the things that seemed strange to me as we drove around was that the audio tour always talked about gaining the advantage by being on top of this ridge or that hill… but by my standards, this whole area was pretty flat. In this picture I’m standing on one of the ridges (later on in the tour I will admit there was a real hill or two). But, these small ridges changed the way the battle was fought. 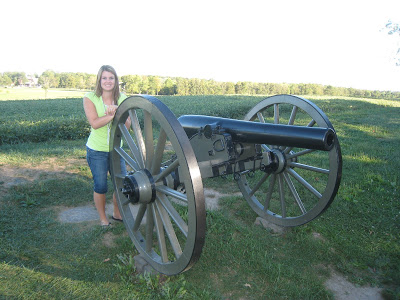 Here is one of the places I think qualifies as an actual hill. This is called Devil’s Den and nearby was the Slaughter Pen. The names really are a good clue – this part of the battle was very bloody. 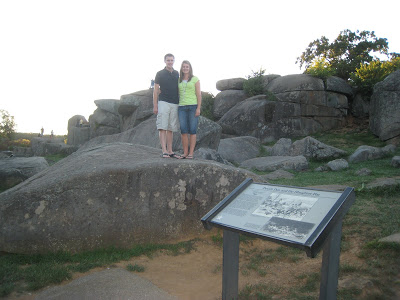 The round hole in the top part of the building is from a cannon ball shot during the battle of Gettysburg. We also learned that while many, many soldiers lost their lives, only one civilian in the nearby town died. Her name was Jennie Wade, and she was shot by a stray bullet. 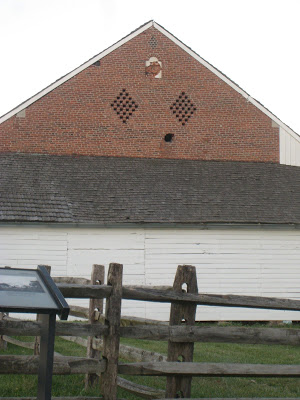 I really wish we’d had more time to spend learning about the battle and looking at the monuments. We finished a 3 hour audio tour in about 2 1/2 hours. We were a bit of a rush to get to our next destination before it got too late. Someday… someday we’ll go back and spend more time here 🙂