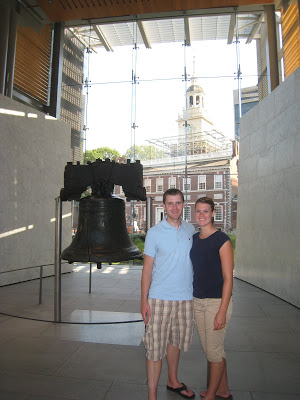 Our visit to Philadelphia was short, but we met some fun people and got to learn even more about US history. Our couchsurfing host had several people staying with her, so we had the opportunity to meet and talk with other couch surfers which is always fun. We drove from New York to Philadelphia on Thursday morning. That afternoon we met up with Judy Becker, our host, and the other surfers as Judy was giving a walking tour around Philadelphia. We came in half-way through the tour, so we missed a few places. One of our stops was the Liberty Bell, which I was excited to see.

We took a short tour of the Quaker Meeting House. We really learned a lot about the Quakers, what they believe, and how they worship. It was really interesting. They still use this building as a meeting house. 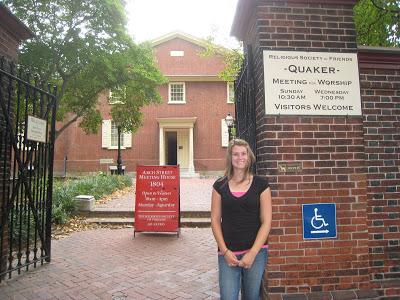 We walked through the US Mint. We were really excited to see how the coins are made, but were a little disappointed when we saw that no one was operating any of the machines. Apparently everyone was on break. On our way out, we talked to one of the workers who answered some of our questions and gave us two smooth pennies that hadn’t been stamped yet. 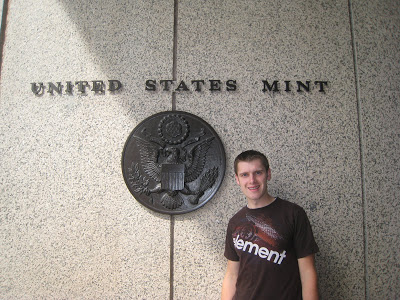 We arrived after the cemetery was closed, but through the gate we could see Benjamin Franklin’s grave stone. 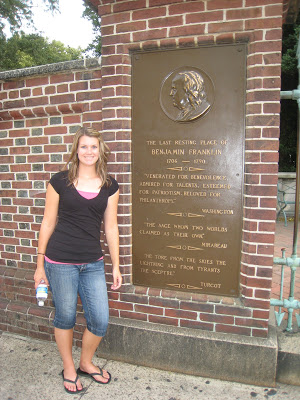 After walking down Elfreth’s Alley, one of the oldest continually inhabited residential streets in the country, we stopped to decide where to go next. We noticed a man molding a clay pot on the sidewalk. We naturally went closer to watch. He finished and one of the workers said they would let us “throw down” as well. They were trying to get people interested in the classes they offer at the school, so they were letting people try it. Chris went first. His pot was turning out quite well, and they said he was doing a really good job for his first time. Unfortunately, right at the end he poked a hole in it. Then it was my turn. I’d always wanted to try it, and it was really fun. My pot didn’t turn out quite as evenly shaped as Chris’s, but I had a good time. 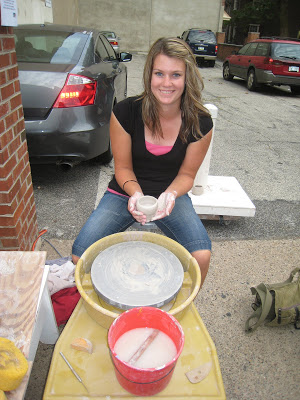 Rocky finished his unforgettable run up the stairs at the Philadelphia Museum of Art. So of course we had to get a few running shots up the stairs. To see a clip of Rocky running up these stairs click here. 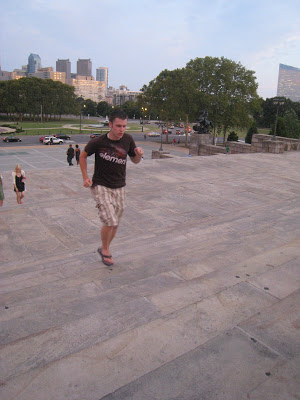 Now throw a few jabs and toss those arms in the air like you won! 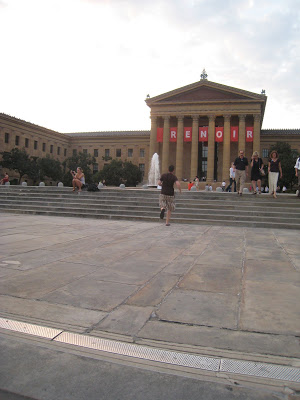 These two girls were also staying with Judy while we were there. We drove them around a bit on Friday, because it was hard to get from Judy’s house to downtown using buses and trains. They are from Slovakia, and it was fun to get to know them a little. 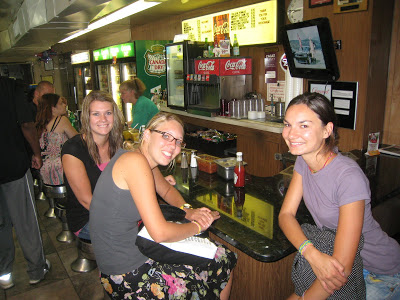 Another must-do was get a real Philly Cheesesteak. We used yelp to find a restaurant with a really good philly cheesesteak. We were not disappointed. 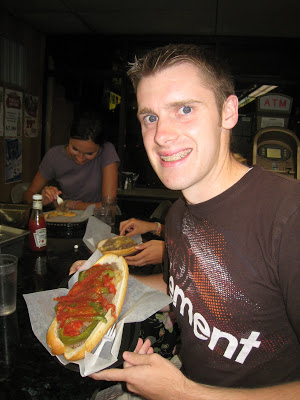 Here is a picture of us with Judy, our host. She has traveled extensively in her life. She has so many stories to tell of all the adventures she has had. She gave us a tour of her house and showed us all the many dolls and souvenirs she’s collected from all over the world. Now she gives back to other travelers by being a couchsurfing host. 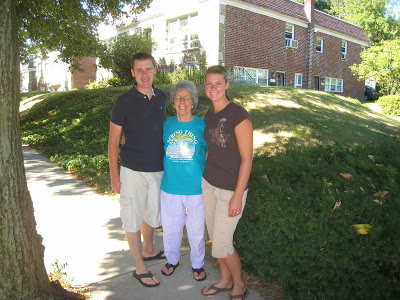