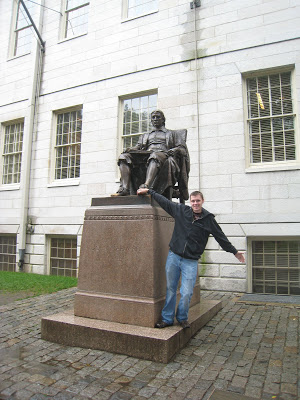 Chris and I finished our long road trip about two weeks ago (of which I’m still going to finish blogging about) and moved to San Jose. We are getting settled into our new apartment, and we’re thrilled to be staying in one place for more than two days. Chris starts his new job on Monday, and couldn’t be more excited about it, haha 🙂 Over the next few weeks I’ll be studying for the CPA exam. So, that’s the update!

As we drove from Rochester, NY to Boston, MA it started to rain. It sprinkled and poured, and rained and rained until the day we left Boston. Rain or shine we decided we had to get out and see the sights anyways.

We spent a few hours touring around Harvard campus. This is a statue of John Harvard. We just saw the movie The Social Network which takes place on Harvard campus. A scene in the movie called this the statue of three lies. According to the movie, John Harvard was not the founder of Harvard, this is not actually a statue in the likeness of John Harvard, and the date is wrong on the statue is wrong. After verifying this on wikipedia, the movie is correct. Of course, we didn’t know all of that when we were here, but I probably wouldn’t have remembered that scene in the movie if we hadn’t been here and touched John Harvard left shoe. 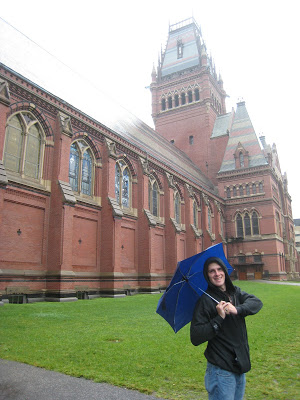 Mike’s Pastry was recommended by tripadvisor.com and several other people, so we had to go check it out. The lines can go out the door at this pastry shop. We got a peanut butter cupcake, a boston creme puff (of course), and a cannoli. Waaaaay too much sugar for one sitting, so we saved some for later. The cannoli, which we’d never had before, was actually really good. It was fun to try something different. 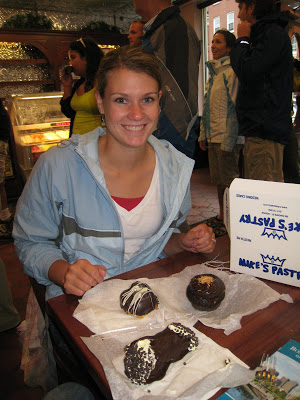 We stayed with a fun family, the Heinemans, in Brookline just outside of Boston. They showed us around their town, and we went to a local pizza place and got dinner together. 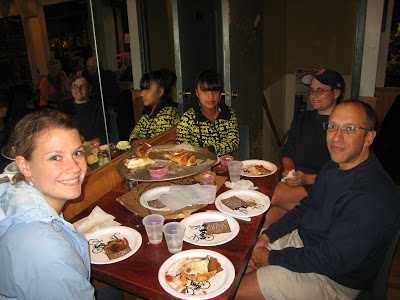 This is a very small shop on the main street in Brookline. The Heineman’s pointed out this shop when they showed us around. They said that this lady has owned and run this little shop for many, many decades. We stopped by when the shop was open and bought some mad libs for the road. 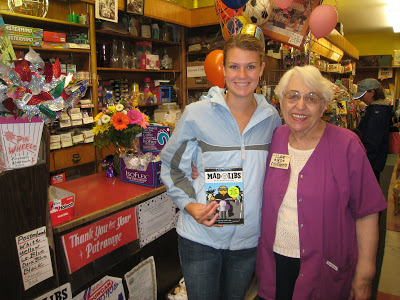 We went to the Isabella Stewart Gardner Museum, which was nice because we could stay out of the rain for awhile. This is a very odd museum. Isabella was a woman of wealth who lived from 1840 to 1924 who created this museum. She had been collecting art for many years when she decided to build a house (huge mansion) to display the art she had been collecting.

It is unlike modern museums where every picture is labeled, at eye level, in a rather plain looking room. This “museum” is filled with art (tapestries, tables, chairs, vases, paintings, sculptures, chests, etc.) all along the walls in every room top to bottom, nothing labeled like a house would be decorated. The museum is also very dark now. She had huge windows with her favorite paintings by the windows so they could have the best light, but for preservation they have covered the windows, and there is minimal lighting installed for us today.

There is one other interesting note about this museum, she stipulated in her will that if anyone moved, add to, or took away from her collection then everything was to be sent to France, sold at auction, and the proceeds given to Harvard University. She really did not want anyone changing the museum she had created. So what you see here is exactly the way she left it. (Unfortunately, they do not allow photography, so this sign outside the building is all we have.) 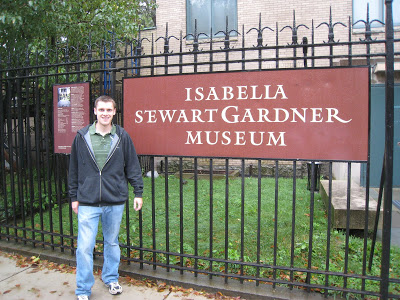 Like I said, it rained the whole time we were there, and I really wanted to walk the freedom trail which is…. outside. So, on possibly the worst day (but the last full day we were there — we had hoped the rain would stop after a couple days) we went out and walked the freedom trail. We had headsets that talked about each stop as we walked from place to place.

When we found something we wanted to take a picture of we would get the camera ready, jump out from under the umbrella, and snap a quick photo before hurriedly jumping back under the umbrella. This is one of those pictures. It is Paul Revere’s grave. 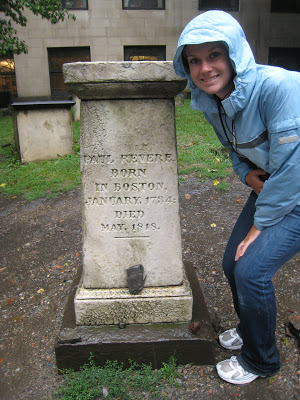 This is where my shoes got soaked. It wasn’t really possible to just jump over this. Behind the fence is the cemetery where Paul Revere is buried.

This is the Old State House, one of the places where the Declaration of Independence was read to the public. Standing at this spot, if you turned around, you would also see the square where the Boston Massacre occurred. 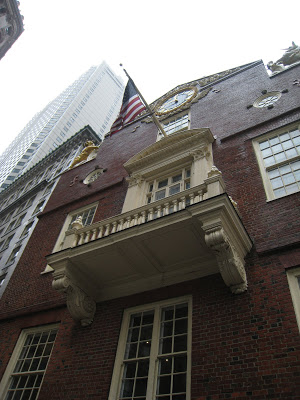 This is the church where Paul Revere hung the two lanterns to warn that the British were coming, “one if by land, two if by sea”. To this day it is a functioning church. 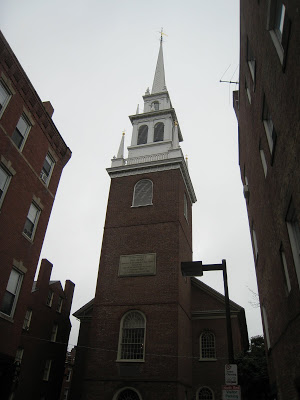 This is the USS Constitution. It is the world’s oldest floating commissioned naval vessel. It also had the nickname “Old Ironside”. It was fun to go down on the lower decks and see how the sailors slept and worked. 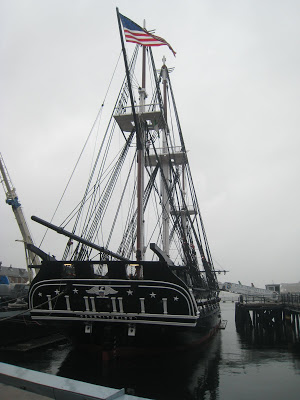 We got really wet, but it was so worth it to get out and learn some of our nation’s history.