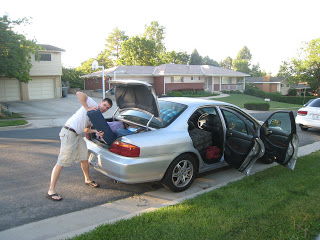 g. We’re heading up through Oregon and Seattle toward our major destination: Bowron Lakes Circuit, Canada. Chris and I will be canoeing on Bowron Lakes for 7 – 10 days (depending on the weather). After that, we will be driving through Glacier National Park and possibly Yellowstone. We make a pit stop in Utah and then hit the road again to start the second part of our trip!

We spent hours on Monday shopping, packing, and preparing for the trip. 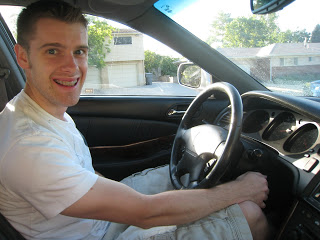 Tuesday morning we were eager to hit the road early so we could arrive in Oregon before dark. We finally got everything in the car and ready to go at 8:00am. We got in the car, waved goodbye to my mother, put the key in the ignition and….. nothing. The car battery was dead. Not to be discouraged, we saw this as merely an opportunity to test out our new jumper cables 🙂 We got the car started successfully, but while it was idling it died again. We got it started a second time, and this time kept it running. At 8:30am we finally pulled away from the house. 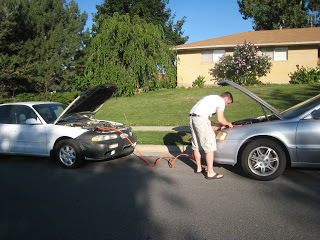 To recharge the battery it shouldn’t take more than 20 minutes of driving, but an hour later we noticed that the electronics in the car still faded if Chris let up off the gas. We decided to get the car checked out in Ogden. We pulled into the Les Schwab and had them test the battery. They told us the meter said 0, not even 1 amp was coming from the battery. 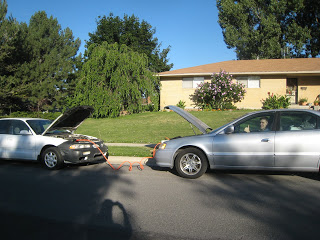 So… we had to replace the battery. We count ourselves lucky that the only problem was a dead battery and not something more expensive or a difficult to fix. We were back on the road in less than an hour! Luckily, we didn’t have any more problems after we changed out the battery. The rest of the way to Oregon was pretty uneventful. Thank goodness!